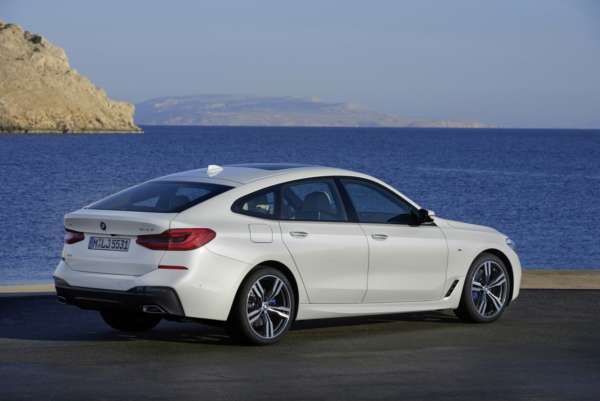 Standard BMW Icon Adaptive LED headlights for dipped and main beam, joined by the daytime driving lights display the focused look familiar from other BMW models. The A-pillars are much more heavily raked than its predecessor while the flowing roofline and sweeping side window design give the new model a coupé look. The BMW 6 Gran Turismo is no longer broken up by an extra guide strip through the large window in the rear door and, at the rear, horizontal lines, sharp edges and tapering surfaces magnify the car’s width. 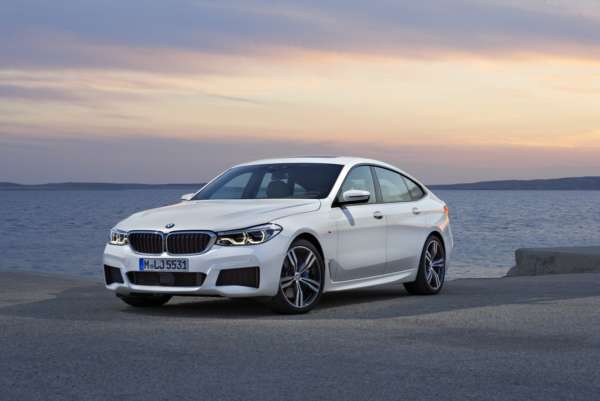 The new 6 Series Gran Turismo takes its cues from the 5 Series GT, but it’s designed to offer a more athletic, sportier stance. Vehicle height has been reduced by 21mm, while the rear end has been lowered by 64mm. The vehicle length has been increased by 87mm while the width remains the same. The 6 Series Gran Turismo offers more headroom as well as ample legroom. The rear has three full-size seats and customers can opt for electrically-adjustable chairs where the backrest angle can be altered at the push of a button. 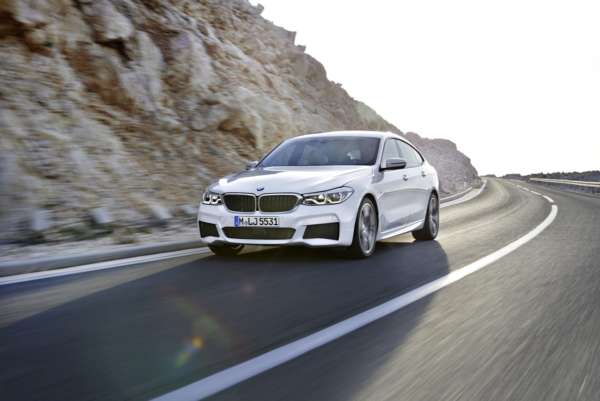 The engine line-up features TwinPower Turbo technology and all variants offer the eight-speed Steptronic transmission with paddles as standard. 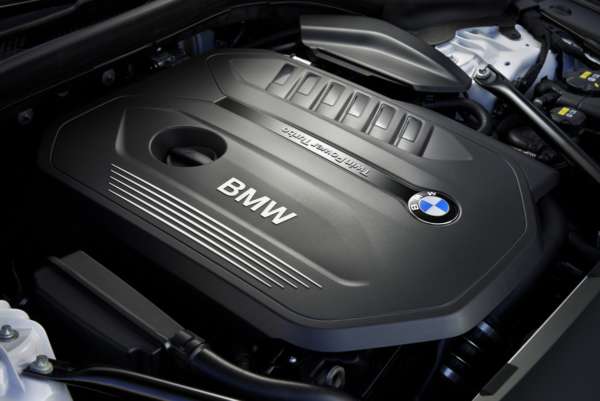 Self-levelling air suspension comes as standard at the rear axle, but for extra comfort customers can opt for Adaptive suspension, which features front and rear air suspension plus Dynamic Damper Control. Customers can also take up the Executive Drive option, offered in combination with the Integral Active Steering system that incorporates active roll stabilisation for improved cornering capability. The two-axle air suspension allows the vehicle’s ride-height to be adjusted manually. Ground clearance can be increased by 20 millimetres when negotiating dirt tracks or steep ramps. The vehicle can also be lowered by 10 millimetres by pushing a button but it will so do automatically when SPORT mode is engaged via the Drive Performance Control switch or if the car exceeds 75mph. All optional suspension systems are now available with BMW xDrive all-wheel-drive system. 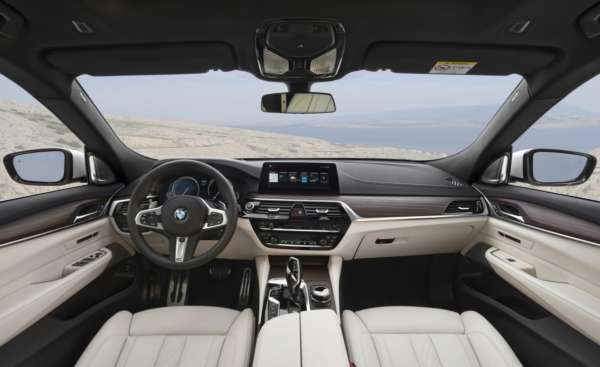 Inside, a raised seating position is aimed to optimise the driver’s all-round view and feature electric front seats and driver’s memory function. Up front is a freestanding touchscreen for navigation, communication and infotainment functions. The high-resolution display has a 10.25-inch diagonal screen. The centre console also features the iDrive Touch Controller dial for BMW navigation and infotainment systems while standard-fit enhanced voice control that now responds to freely formulated instructions, enables total handsfree capability. The new BMW 6 Series Gran Turismo also features optional gesture control, which allows certain functions to be operated with simple movements of the hand or fingers. Customers can also opt for the new-generation BMW Head-Up Display. 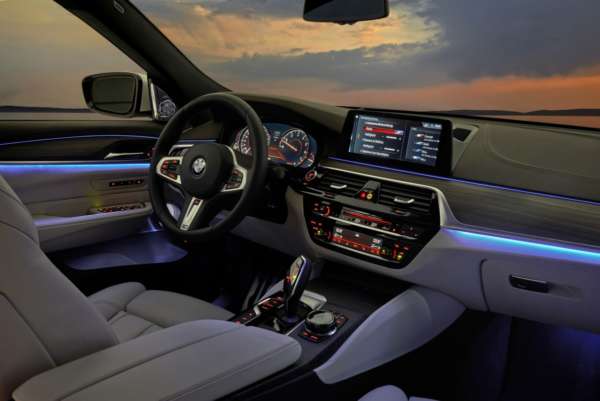 Standard equipment on the BMW 6 Series Gran Turismo includes automatic climate control with an option to scale up to a four-zone system. Standard metallic paint is available in ten finishes whilst two non-metallic paint finishes are also available and, while 18-inch light-alloy wheels are standard, other wheels in sizes up to 20 inches can be ordered. 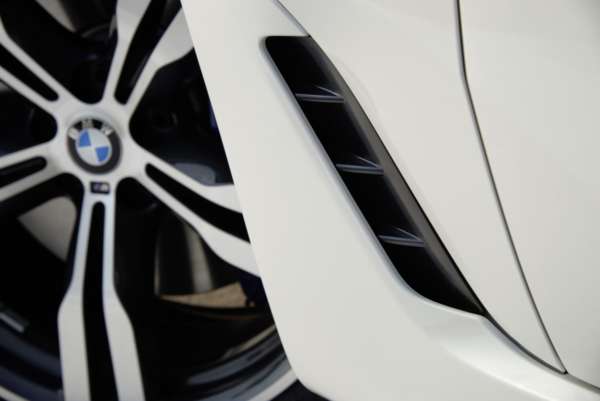 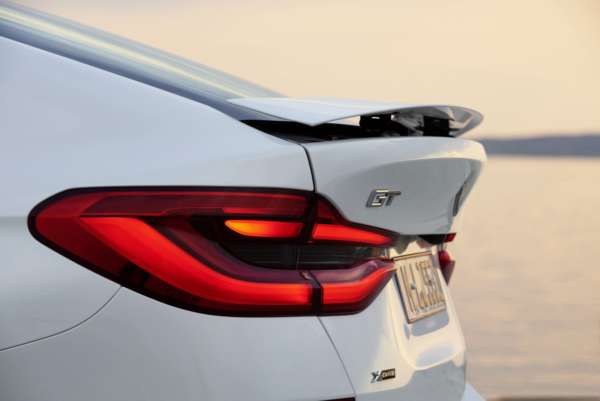 The BMW 6 Series Gran Turismo makes use of a standard stereo camera as well as optional radar and ultrasonic sensors to monitor the vehicle’s surroundings to improve safety and security. The Collision and Pedestrian Warning with City Collision Mitigation comes as standard, while the list of options includes Active Cruise Control, Lane Departure and Lane Change Warning systems, Side Collision Warning and Evasion Aid. 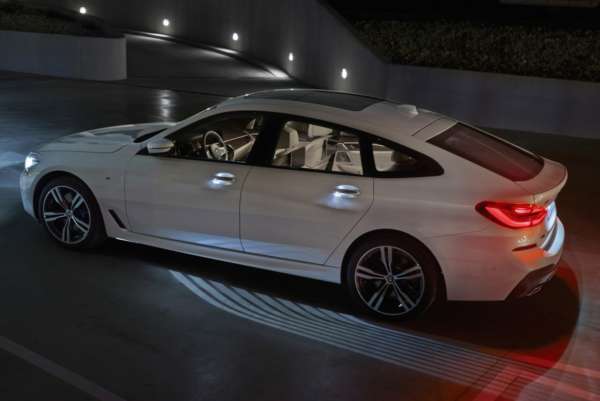 The options list also features a Surround View camera system that can display a 3D image of the vehicle, Crossing Traffic warning system, Crossroads and Wrong-Way warning systems and BMW Night Vision system. The vehicle can also be ordered with the Remote Control Parking feature to help drivers get into tight spaces. 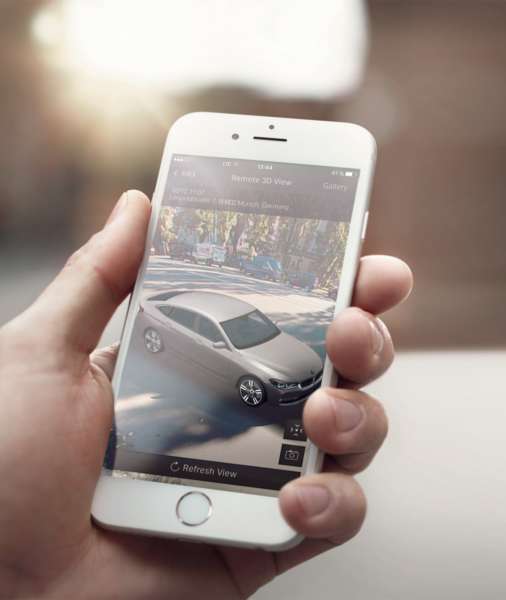 The 6 Series Gran Turismo is also available with the BMW Display Key where drivers can keep in contact with their vehicle around the clock. As well as information about fuel level and service intervals, the colour display tells the driver if the doors, windows and panoramic sunroof are closed.

Check out the new BMW 6 Series Gran Turismo in the video below: