New details about the 2019 Ducati Hypermotard reveal that the next generation model will feature a performance bump, although a marginal one. Latest report from BikeSocial suggest that the new 2019 Ducati Hypermotard will continue to feature the 937cc Testastretta 11°, L-Twin cylinder, 4 valve per cylinder, Desmodromic, liquid cooled engine. However, the new engine will use specifications that are seen on the Multistrada 950.

The Multistrada uses the same 937cc L-Twin engine although with a lower compression ratio and a Bosch fuel injection system instead of Magneti Marelli sourced kit. The peak power will go up from the current model’s 81kW (110PS, 108.6hp) to 84kW (114PS, 112.6hp). Previous spy images revealed that the upcoming motorcycle’s cooling system will include a new, larger radiator along with revised shrouds for better air-flow. 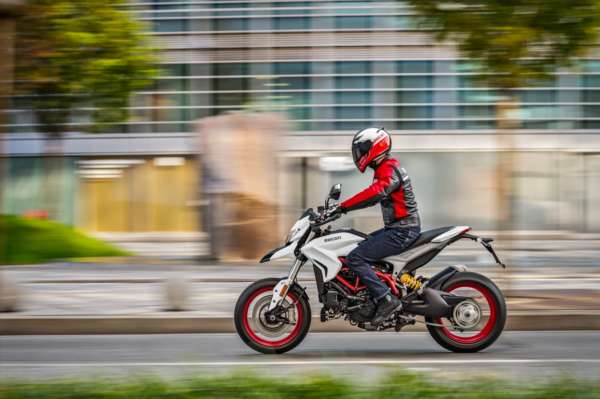 As seen in the spy images that were published in August 2018, Ducati will dial the design quotient back to the first generation motorcycle by bringing the trellis sub-frame back to the Hypermotard. The next-generation model will also bring back the underseat dual exhausts from the original motorcycle. The dimensions are not likely to change drastically, and the next generation measure about the same as the outgoing model. 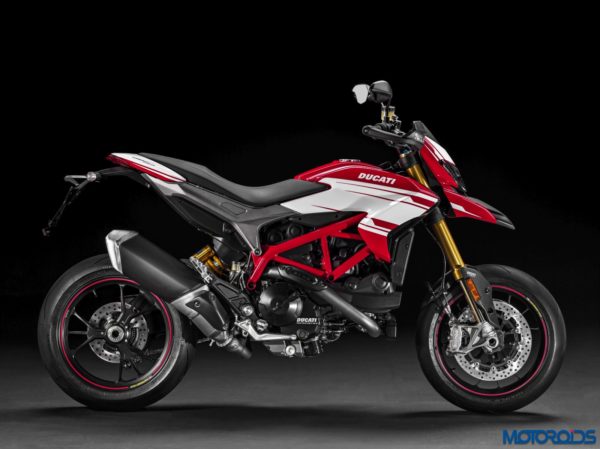 Ducati will launch two variants of the motorcycle, with the higher-spec model featuring Öhlins suspension and improved equipment — something that the Italian brand does with the current generation Hypermotard 939.

NOTE: Images of the outgoing model for representation purpose only