MV Agusta has had a rich history in motorcycle racing. The motorcycle manufacturer secured 75 world titles (38 rider and 37 manufacturer) from 1952 to 1974. The MV Agusta team lined up at the start for the very first race of the series that has become the MotoGP World Championship.

John Surtees, Ubbiali himself, Mike Hailwood, Phil Read and Giacomo Agostini are the riders who became legends and who defined the history of motorcycling, riding a MV Agusta motorcycle.

Now forty-two years later, MV Agusta is back on the top, with a leading role. MV Agusta has officially announced that it has joined the Moto2 World Championship with Forward Racing Team. 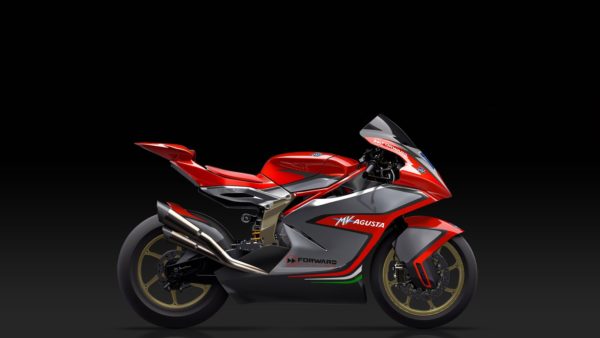 MV Agusta decided to rely on Forward Racing Team, a team founded in 2009 that runs in Moto2 World Championship since its inception in 2010, reaching the podium in the inaugural race and obtaining their first victory in the 5th Grand Prix in Silverstone. Forward Racing Team has also participated in the MotoGP World Championship, obtaining the first place in the world ranking reserved for Open bikes in 2014 with Aleix Espargaró .

The first prototype that will run in the Moto2 World Championship is already in advanced stage of development, the debut on racing track is in scope for July 2018.