Mercedes-Benz has launched the new S-Class facelift in India. The new car has been launched in petrol and diesel variants, with the price of the diesel powered S 350d being Rs 1.33 crore ex-showroom and that of the petrol powered S 450 being Rs 1.37 crore ex-showroom. Of these, the S 350d is India’s first BS VI compliant car, two years ahead of the regulation, launched alongside the new S 450 petrol. The BSVI compliant S 350 d is capable of running on current gen BSIV diesel. The S-Class, often termed the ‘Best car in the World’ is considered to be one of the finest amalgamations of luxury, intelligence, advanced driver’s assistance systems and craftsmanship. Since 2013 Mercedes-Benz has sold well over 300,000 S-Class saloons, globally.

The inline-six cylinder motor delivers an output of 286 hp. Mercedes-Benz claims that while the output has increased noticeably compared to the preceding model, the new engine consumes up to six percent less fuel. The new engine gets a stepped-bowl combustion chamber design, two-stage turbocharging and, for the first time, the use of CAMTRONIC variable valve-lift control. Its design features a combination of aluminium engine block and steel pistons as well as further improved NANOSLIDE coating of the cylinder walls. 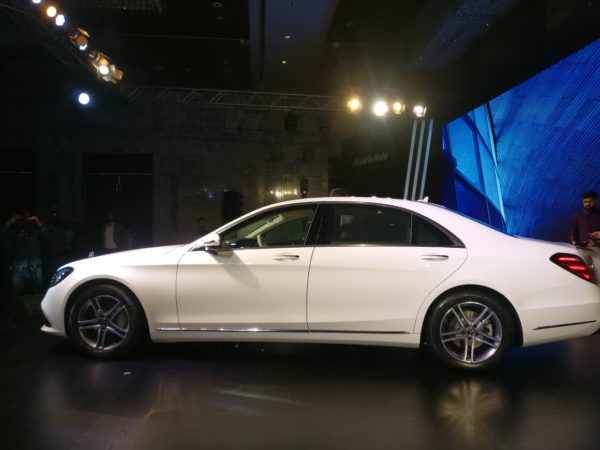 The new S-Class achieves the BS VI emissions target with its AdBlue Injection. Adblue is technically termed as DEF (Diesel Exhaust Fluid) consisting of 32% urea mixed with deionized water. It is injected in SCR (Selective Catalytic  Reduction) converter, for processing of gases and reducing harmful NOx emissions. The Adblue tank in the new S-Class has a capacity of 25 litres, and needs to be  replaced / topped up at the periodic service intervals, or when indicated in the instrument cluster.

The S450 with a V6 petrol engine produces 367 hp of power and 500Nm of torque thanks to twin turbocharging and inter-cooling. M-B claims that while the engine has its typical, unmistakably sonorous and cultivated sound, fuel consumption stays unusually low. The performance details of the two engine options on the New S-Class arte provided below

The new S-Class comes with an advanced Panoramic sliding sunroof with an obstruction sensor. There’s also a new multi-function steering wheel with new touch control buttons for intuitive control of most functions along with the integrated cruise control in the left-hand grip area. 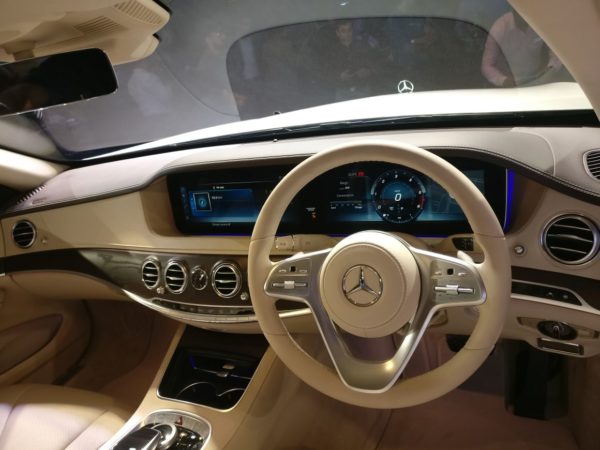 The car has electrically operated roller sunblind for the rear glass and side windows that enable the passengers to shield themselves from sun and enhanced privacy. The vehicle’s interior can be fragranced to suit personal preference with the AIR BALANCE package. There is a choice of six high-quality interior fragrances according to personal preference. In addition, the air quality can be improved by ionization and optimized filtering of the incoming and re-circulating air.

The new S-Class comes with a four zone Thermotronic automatic climate control. The cabin occupants can also choose from as many as 64 colours for ambient lighting. The display screens on the car get HD resolution and the materials and quality is absolutely top-notch, as has been the case with S-Class cars always. 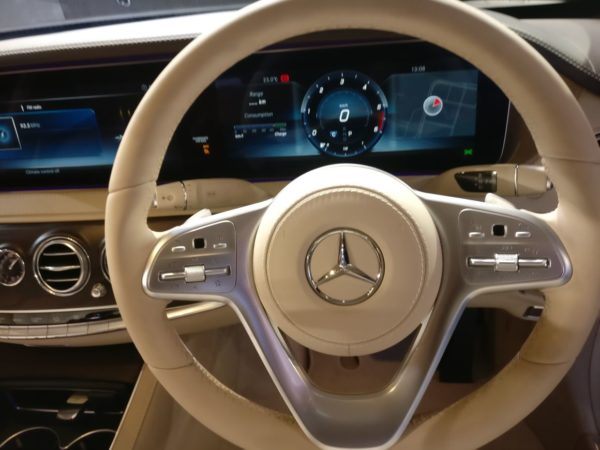 There’s also a built-in smartphone integration system that allows integrating iPhones via Apple CarPlay as well as Android smartphones with Android Auto. The infotainment system can also be operated by voice commands. There is also a provision for wireless mobile charging in the front and rear center arm rests. The new S-Class comes with Burmester surround sound system with 13 speakers, a 9-channel DSP amplifier and a total output of 590 W.

The new S-Class now now comes with a new car key in exclusive white high gloss and matt chrome, which is unique for the S-Class and Maybach.

On the outside, the radiator trim with three twin louvres and vertical bars in high-gloss black highlight the new look of the car. The bumper is new as well, with large air intakes and a sporty appeal. The multi-beam LED headlamps lend character to the front end with three striking light torches which are exclusive to the S-Class and the Maybach. 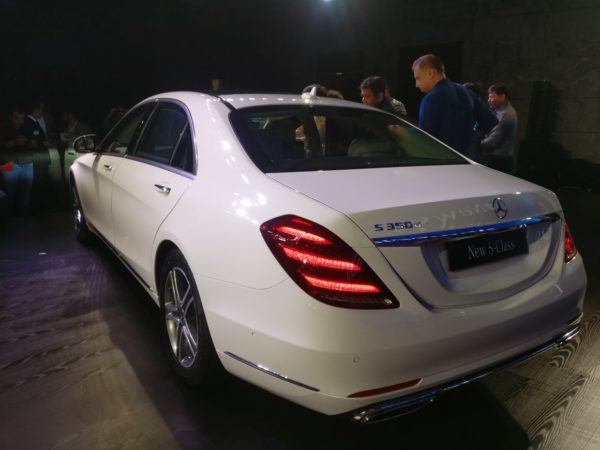 The LED tail lights are new as well, with crystal-look to make the car stand apart when viewed from the rear. New 18-inch, 5-twin-spoke sporty look light-alloy wheels make their debut in the new S-Class.

A fantastic new feature introduced in the new S-Class is the optional safety technology: a new radar-based driving assistance system. The system is meant to reduce the risk of accidents and enhance the protection of occupants as well as other road users. The system also works towards reducing the strain on the driver. The new system which was first introduced on the Maybach in India, comprises of the following components 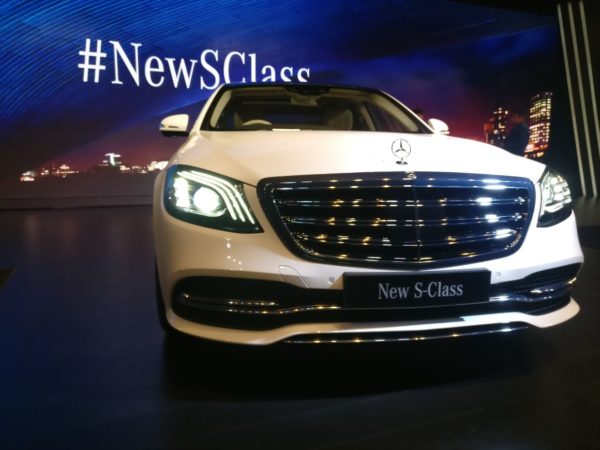 Active Distance Assist DISTRONIC: Controls the distance to vehicles in front up to a speed of 210 km/h and if necessary brakes the vehicle with up to 50 per cent of the maximum braking power.

Active Braking Assist: The emergency braking function can help to avoid or lessen the consequences of accidents with vehicles in front and pedestrians. Blind Spot Assist: It can warn the driver of vehicles in the blind spot during a lane change.

Check out an image gallery of the new S-Class below