Ducati has finally revealed the motorcycle that will replace the legendary 1299 Panigale. The Italian brand unveiled the all new Panigale V4, the factory bike that comes closer to being a MotoGP prototype than anything ever seen, at the Ducati World Première 2018. The new Ducati Panigale V4 is the first mass-produced Ducati bike to mount a 4-cylinder engine derived directly from the Desmosedici GP.

We’re yet to hear any official details about the pricing but expect the motorcycle to arrive between INR 20-25 lakh (ex-showroom). 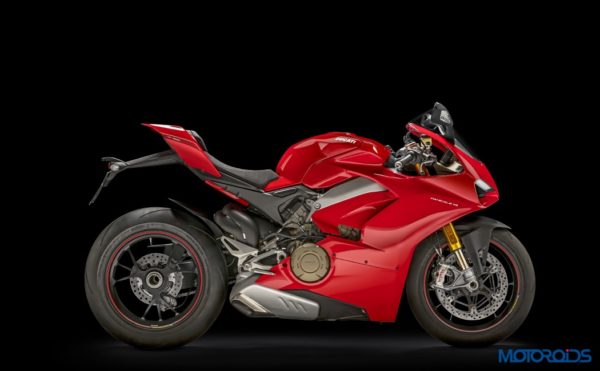 We expect the new 2018 Ducati Panigale V4 to arrive in the Indian market in the second half of 2018.

The new Panigale V4 features redefined design, new engine, state-of-the-art chassis and latest electronics.  It features the unmistakable Italian styling. The Ducati Style Centre gave shape to the character of the bike and its performance following what for Ducati are the canons of Italian sports elegance. 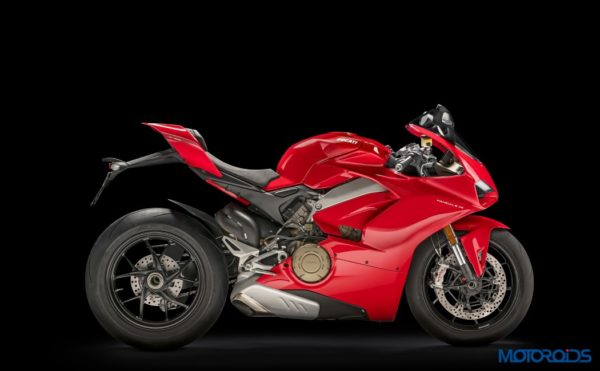 The new Panigale V4 Speciale completes the range. An exclusive and dedicated livery; Ducati Performance titanium racing exhaust by Akrapovic for 226 hp of power; components in carbon and aluminium worked from the solid. The new Panigale V4 Speciale is produced in a limited and numbered series of 1,500 motorcycles. Details that make the difference, unique and distinguished thanks to the three-colour livery and many dedicated technical elements, like the billet steering plate with screen-printed logo and progressive number, or the seat covered with precious Ultrasuede. The Panigale V4 Speciale was ridden onto the stage by former MotoGP racer, top-class tester and Ducati ambassador, Casey Stoner.

The new “Front Frame”becomes an integral part of the motorcycle. The “Front-Frame” transforms the Desmosedici Stradale engine into a load-bearing component. This solution represents the evolution of the Monocoque structure and was born by making use of the experience gained in MotoGP. Compared to the Monocoque, the “Front Frame” makes it possible to decouple the torsional and lateral stiffness. All this translates into a superior agility and precision that provides the rider of the Panigale V4 with an easier and less tiring control. 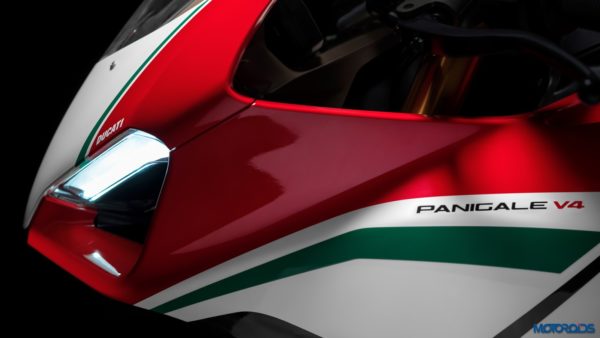 The new Desmosedici Stradale engine has been designed based on the experience gained in MotoGP. The typical approach used in competitions is found in the extraordinary power and torque values: the 90° V4 with a displacement of 1,103 cc, the counter-rotating crankshaft and the 4 valves per cylinder with desmodromic distribution that reaches 214 hp (157.5 kW ) of maximum power at 13,000 rpm and 122 Nm (12.44 kgm) of maximum torque at 10,000 rpm.

The new Panigale V4 is equipped with a 43 mm diameter Showa Big Piston Fork (BPF) that is fully adjustable in the compression and extension of the hydraulic brake and in the spring preload. The fork sleeve seats chromed legs to which Brembo radial brake callipers are attached. The front package is completed by the Sachs steering damper. On the back there is a fully adjustable Sachs shock absorber that on one side is attached to the Desmosedici Stradale with forged aluminium. The new Panigale V4 S and Panigale V4 Speciale are equipped with an Öhlins NIX-30 fork, Öhlins TTX36 rear shock absorber and Öhlins steering damper with event-based control system. On these versions, the suspension and the steering damper are controlled by the second-generation control system, Öhlins Smart EC 2.0, featuring, among other things, the new Objective Based Tuning Interface (OBTi). 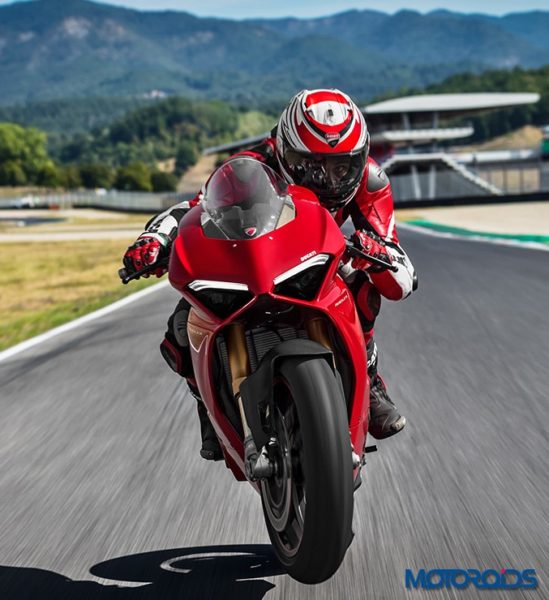 The Panigale V4 range exclusively incorporates the brand new Brembo Stylema monobloc callipers that represent the evolution of the already high performance M50 callipers. The new Stylema callipers, machined from a single alloy block, have some lightened areas on the body and the fastening bushings that, compared to the M50, make them visibly more compact and allow a weight reduction of 70 g per calliper without loss of rigidity. The Brembo double callipers each have four 30 mm diameter pistons working on 330 mm diameter discs, providing outstanding braking power, while at the rear there is a 245 mm single disc with 2-piston callipers.

The performance of the Desmosedici Stradale must always be easily manageable to achieve maximum racing results, optimising the energies and concentration of the rider. The new Panigale V4’s control electronics use the six-axis inertial platform data (6D IMU) that make it possible to capture and record extensive amounts of information. 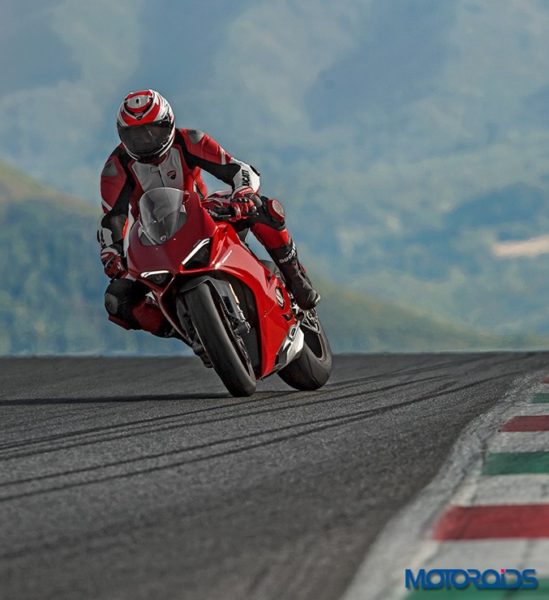 Electronics package maximises the potential offered by Bosch’s six-axis inertial platform. Other original controls have also been introduced, like controlled slides during braking, ABS Cornering that acts only on the front brake with a setup that was designed specifically for track riding, and Quickshift Up & Down with a strategy that takes into account the lean angle. 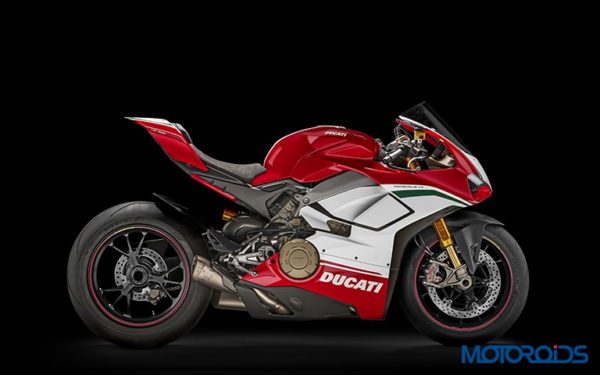