Ahead of its launch that will reportedly take place next month, the upcoming Volvo XC60 has been spied in India for the first time. It is believed that the model will initially be available only in the Inscription variant. What else do we know about the new Volvo XC60? Read on to find out: 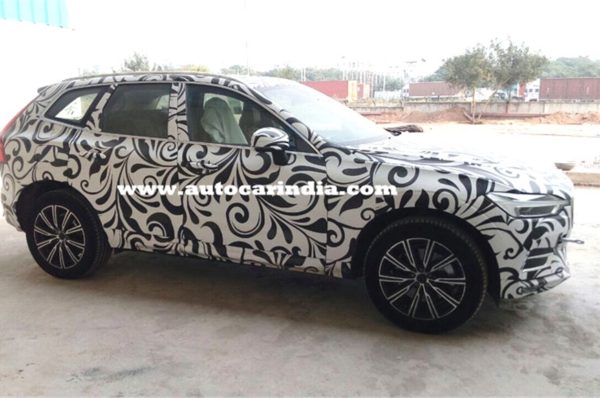 The 2017 Volvo XC60 is expected to arrive with a price tag of approximately INR 55 lakh (ex-showroom). 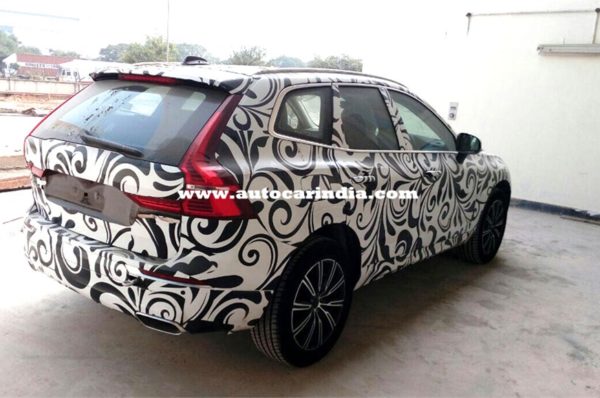 Based on the same platform that underpins the XC90, S90 and V90, The new 2017 Volvo XC60 will come equipped with a number of features such as 19 inch alloy wheels, air suspension, Nappa leather upholstery, Bowers and Wilkins music system and a Heads-Up Display (HUD). It is said that the upcoming XC60 SUV will also receive a range of radar based safety systems, becoming the second model to feature this system after the XC90 Excellence.

Powering the upcoming Volvo XC60 will be a 2.0-litre,  four cylinder, twin-turbocharged diesel engine. This motor will produce 232 hp at 4000 rpm and 480 Nm of torque between 1750-2250 rpm. Transmission duties will be handled by an eight speed automatic unit, while an all-wheel drive will be available as a standard feature.