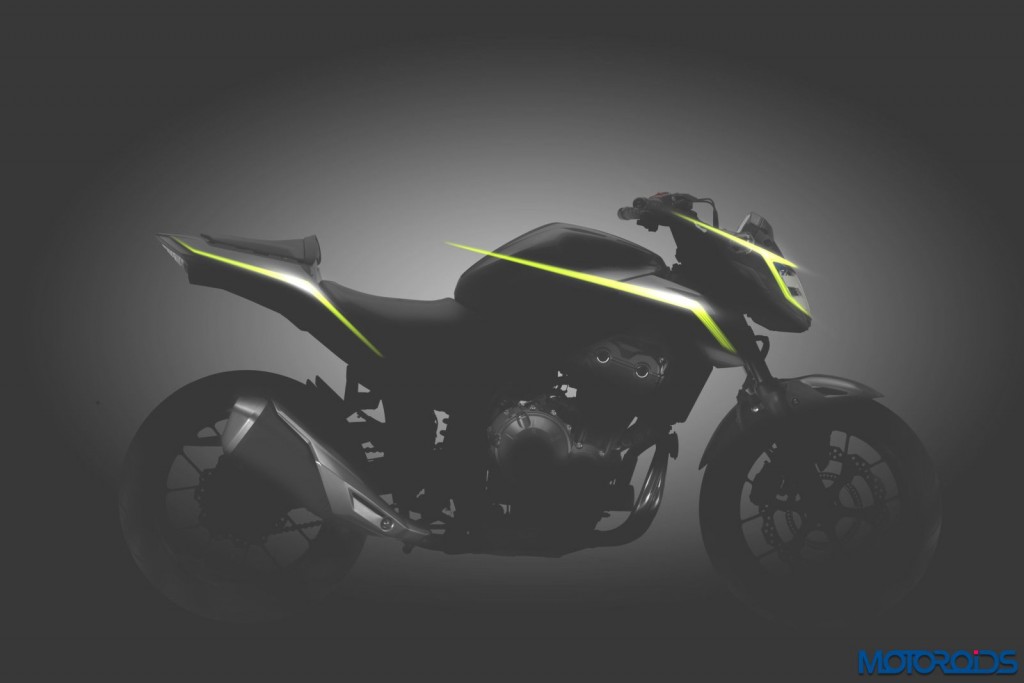 Honda has released two teaser images of the 2016 CB500F motorcycle. The 2016 Honda CB500F, which is claimed to be armed with the CB1000R’s DNA is aimed to deliver better maneuverability, a comfortable riding position and a versatile engine with great performance throughout the rev band. The current model is powered by a 471 cc, liquid cooled, parallel twin engine which makes 46.9 hp at 8500 rpm and a peak torque of 43 Nm at 7000 rpm. This engine is mated to a six speed transmission. The front suspension duty is done by the 41 mm telescopic fork while the rear is supported by the single shock suspension. The current model is available in the U.S, U.K, and European markets with two colour options, white and black.

Honda remains tight-lipped about most of the features of the new motorcycle, set to roll out of the brand’s Hamamatsu factory in the near future. The headline news for the new model, stylistically, according to some sources, would be new LED headlights and tail light along with transparent indicators. The suspension for the MY2016 model will get pre-load adjustability.  An exhaust muffler, allegedly inspired by the brand’s MotoGP machine would be another distinguishing element as compared to the current model. The fuel tank capacity has also been raised by 1 litre over the outgoing model, bringing it to a total volume of 16.7 litres. The new 2016 CB500F will also get a new adjustable brake lever while the body will go under the scalpel for a more muscular, chiselled look. Customers will also be able to choose from a variety of six colours. 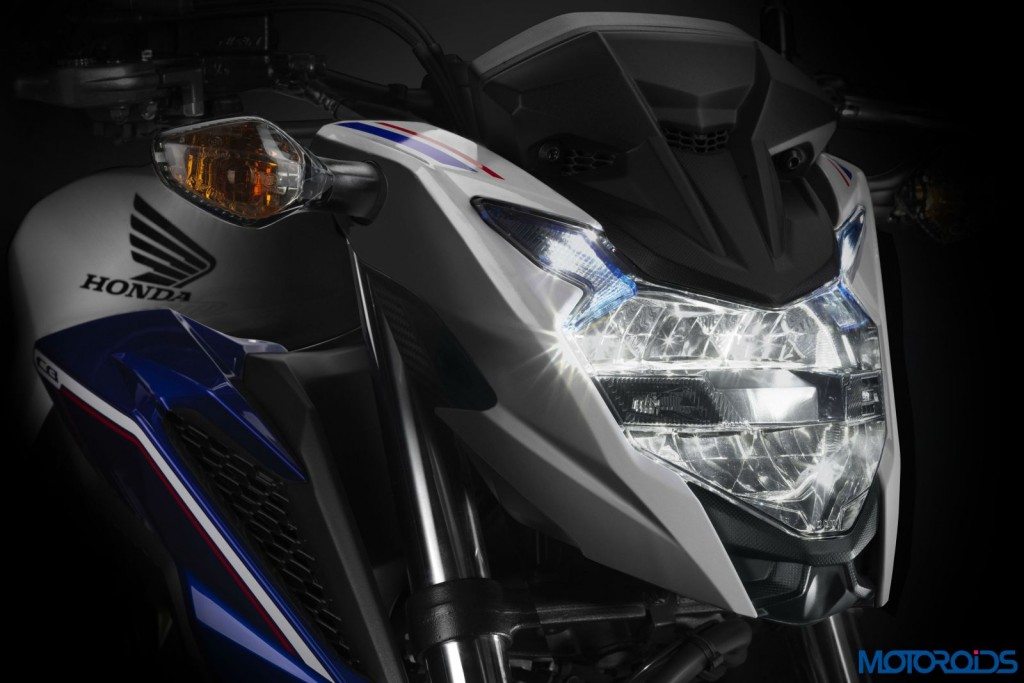 The 2016 CB500F will debut at the upcoming EICMA motor show which is scheduled to take place in Europe from 17th November to 22nd November 2015, and on Long Beach IMS from November 20th to November 22nd. While the global launch dates have been announced, it is very unlikely that the model will reach Indian soil.

Does the CB500F makes sense for the Indian market? What price would you be ready to pay for it? Do let us know your views