Home News A more powerful Bugatti Veyron in the offing? 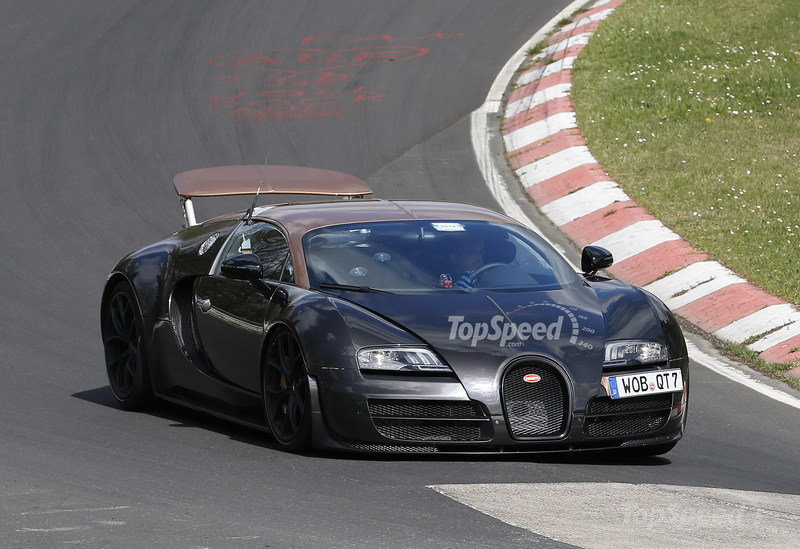 The Bugatti Veyron- a pinnacle of automobile engineering at one point of time, it still is a remarkable piece of engineering. But cars such as the Hennessey Venom GT and the Koenigsegg One:1 have recently humbled the Veyron on road and the spec chart. Hence its nothing but obvious to assume that the Volkswagen owned high performance car manufacturer would be trying all its might to regain its performance crown snatched by the competition. 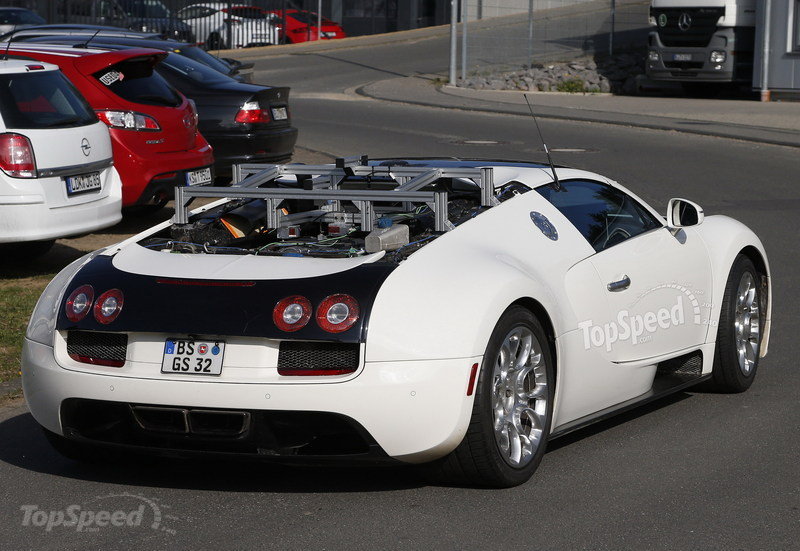 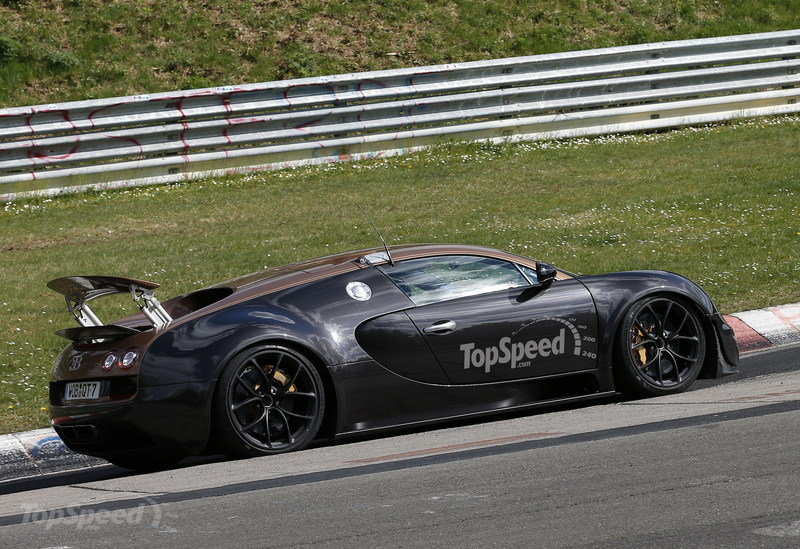 The blokes at online automobile magazine TopSpeed have managed to get a clear glimpse of not one but two Bugatti Veyron test mules doing rounds on the Nurburgring test track in Germany. The one in white does look confusing with an aluminium frame over its engine, while the one in black is features visible changes as reported. The black Veyron is stated to sport a wider track and fenders with the wheel design different from that of the white and probably is constructed of carbon fiber. Also visible is an extra vent on the left side of the rear bumper hinting of an additional radiator in place for better cooling of the engine. Better cooling implies more heat from the engine which further hints at a more powerful variant. 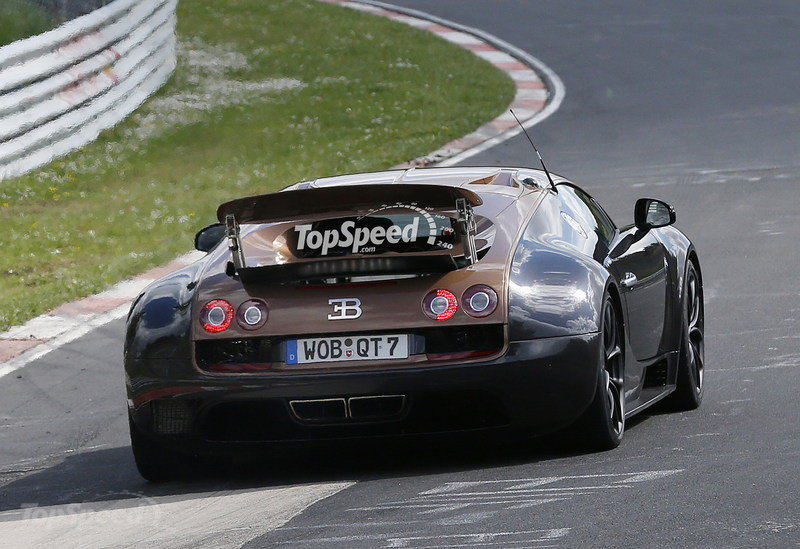 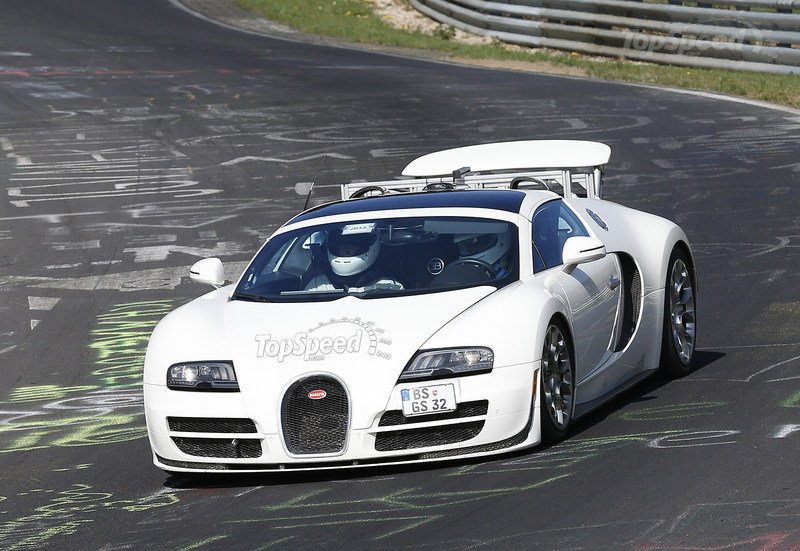 The assumptions might just turn out to be speculations and Bugatti MIGHT be simply bringing out a better engineered car retaining the earlier specs or MAYBE a limited edition. Though we still think the Veyron might be undergoing a substantial change to seize its coveted title of the fastest production car in the world. We’re as eager to know what comes out of its Molsheim headquarters.