Land Rover has introduced the 2015 Discovery which is equipped with some minor tweaks.

The Land Rover Discovery is celebrating its 25th anniversary through a special edition announced earlier this year and some of the goodies are now available for the 2015 model year. For intsance, the interior cabin can be equipped with two-tone Ebony/Cirrus Windsor leather seats along with a Grand Black Lacquer wood, new leather-wrapped steering wheel, a Straight Grained Walnut wood trim and support for Land Rover InControl Apps. 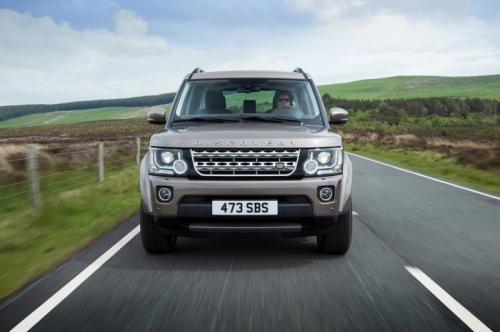 “To mark 25 years of Discovery, Land Rover offered more premium luxury in the form of the XXV Special Edition. Striking attributes from this anniversary derivative are now being made available across the range for our customers to bring that level of heightened luxury into their Discovery of choice,” said Phil Popham, Jaguar Land Rover Group Marketing Director. “InControl Apps adds another dimension to the Discovery’s attributes and another meaning to work-life balance by enabling safe and efficient access to essential smartphone content and in-car apps from the vehicle’s touchscreen,” he added.

Already available on order, the 2015 Land Rover Discovery will arrive in dealerships in September this year.