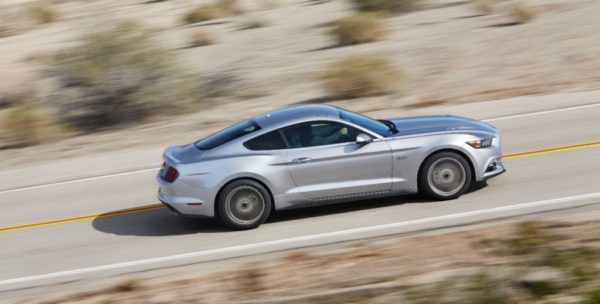 The Ford Mustang can hardly be associated with an event like the Consumer Electronics Show. However, the makers of the iconic muscle car beg to differ and in order to change the perception of the car buying lot, would showcase the highly celebrated car at the CES 2014, which will be held next month in Las Vegas. This is not all as the 2015 Ford Mustang has also been named as the ‘official car’ of the upcoming show.

As the official car of the next CES, a 2015 ‘stang will be put on display in the Grand Lobby of the venue- Las Vegas Convention Center. Also, the manufacturer will put on display a 2015 Mustang Convertible on its stand at the electronics show.

As we said above, Ford is trying real hard to change the perception of the car buying lot and wants to drive home a point that the Mustang is not meant only for those who grew up in the muscle car era. Therefore, at CES, Ford will stress on many advanced technologies featuring on the new gen car.

The next CES is just a few weeks away and will take place in Las Vegas from January 7 to 10. While the 2015 Ford Mustang will be the official car of the upcoming show, it won’t go on sale before fall 2014.