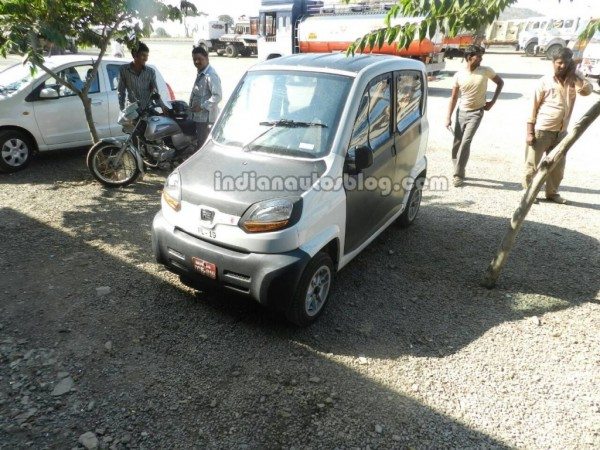 What we have here with us today is yet another set of Bajaj RE60 spy pics, which come from the good folks at Indian Autos Blog.

The Bajaj RE60 has been spotted gazillion times by now and while there have been rumors which state that the car could be launched during 2014 Indian Auto Expo, there isn’t really any concrete word on the car’s launch date. 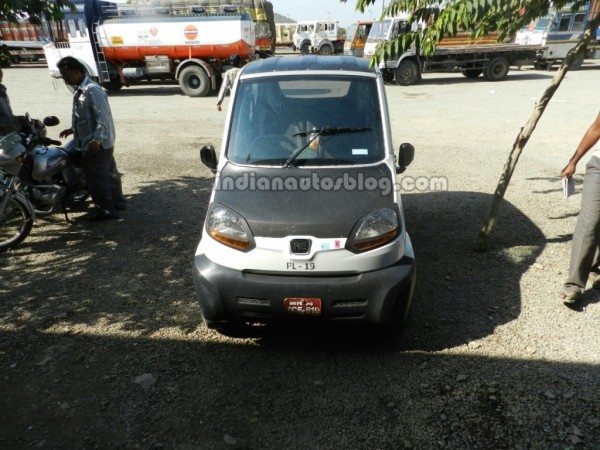 The Bajaj RE60 ‘four wheeler’ has been responsible for making a lot of news, what’s with BAL’s plan of introducing an all-new segment of vehicles altogether? Also, the fact that the RE60 would be targeted at the Auto Rickshaw market says a lot about Bajaj’s hopes with the upcoming vehicle. 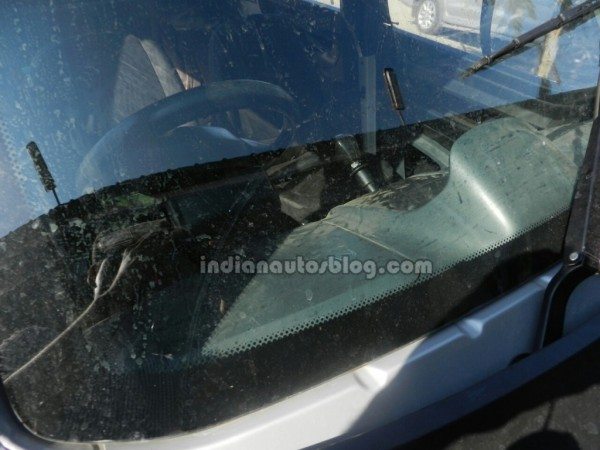 The upcoming Bajaj RE60 is powered by a single cylinder petrol engine that boasts of a claimed fuel efficiency figure of 35 kmpl. The single pot, 200cc, DTS-i engine has a max power of 20bhp.

The Bajaj RE60 boasts of rather oddball exteriors and it would be interesting to see if the RE60’s exterior design would go down well with the public. The insides of the RE60 consist of a layout that can be ordered with either 1+3 or 2+2 seating. The RE60’s dashboard sports a centrally mounted speedo console and positioned just below the instrument binnacle is the gear lever. 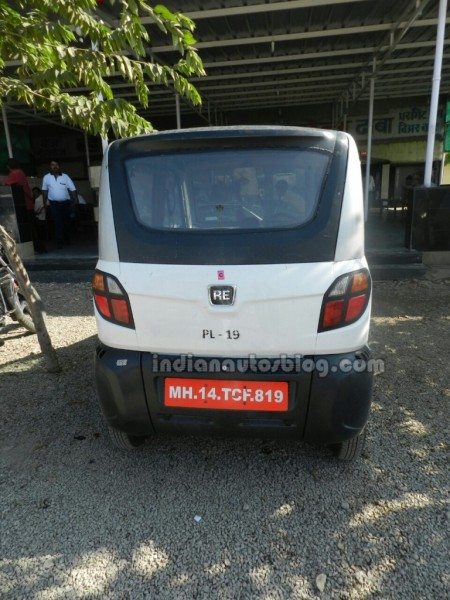 We await the launch of this interesting new product. What about you? Do you feel that the quadricycle will successfully replace the three-wheeled auto rickshaws?