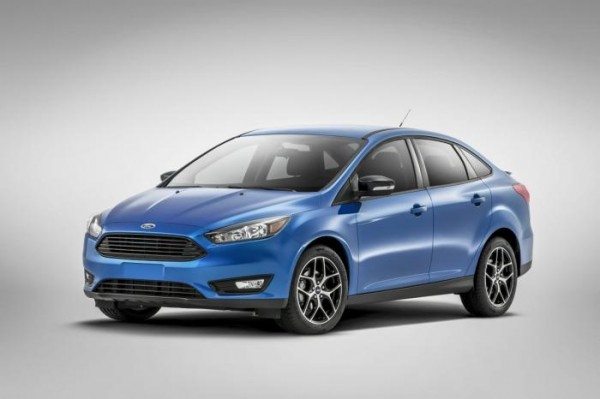 As has been the norm with Ford of late, the Focus has got an Aston Martin-inspired front grille, along with restyled headlights. Also new is the front bumper that now looks more refined than the one on the pre-facelift model. At the back, the car gets updated taillights, a slightly revised boot lid and a new bumper. However, the rear continues to look similar to the one on the outgoing model, which is in stark contrast to the front end. 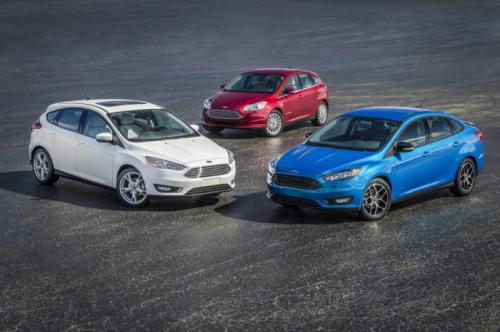 On the inside, the new 2015 Ford Focus gets a standard rearview camera working together with either a 4.2- or 8-inch touchscreen display on the models equipped with MyFord Touch, new driver assistance systems, an updated Sync system, modified seats and a tweaked center console. Oh and there are new cup holders too, just in case you are interested.

The 2015 Focus also boasts of suspension and chassis upgrades to offer “a more connected feel to the road” and an “improved interior quietness.” Also on offer is an SE Sport Package that brings along a firmer touring suspension, a body kit, 17-inch rims and paddle shifters for the automatic variant. The refreshed Focus Sedan will get the three-cylinder 1.0-liter EcoBoost engine mated to a six-speed manual transmission.

As we said earlier, the 2015 Ford Focus Sedan facelift make its global debut at the 2014 New York Auto Show. 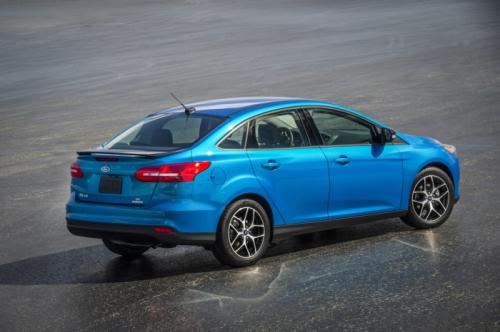