The new 2015 Ducati Diavel has just been revealed at the ongoing Geneva Motor Show 2014 and here is the first look review of the new bike, along with some images and specifications. 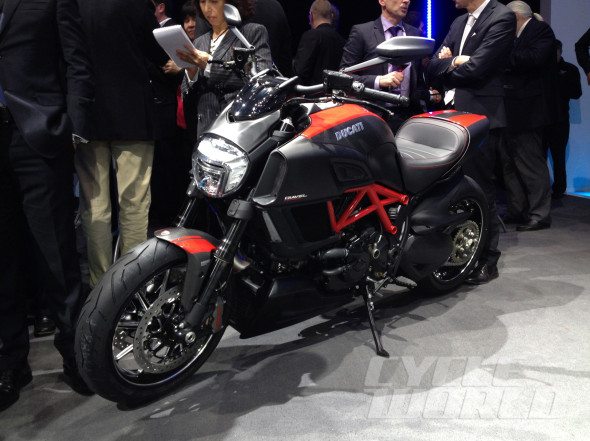 The 2015 Diavel sports a modified Testastretta engine and exhaust, along with other enhancements such as bar risers, revised headlight and new radiator covers. The 1198cc Testastretta engine that powers the 2015 Diavel has a 11 degrees of valve overlap, along with new intake and exhaust ports. The motor also gets “radical adjustment” of the cam timing. All of this has bestowed the engine with a better torque curve. While the peak power, at 162 hp, remains the same as earlier, it is now attained at 9,250 rpm (250 rpm lower than before). The new 2015 Diavel has a peak torque of 96.2 pound-feet, 2.2 more from earlier model but produced at same 8,000 rpm. 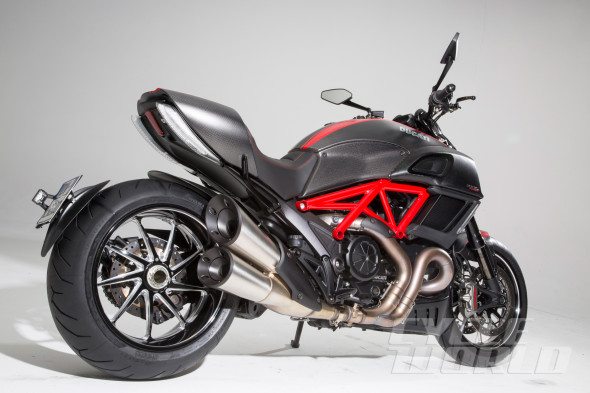 Ducati says the updated bike’s twin-spark engine has been tweaked to make the Diavel a tad easier to ride. The engine has also got new pistons with 1198 Superbike-style crowns, which help in bumping up the compression ratio from 11.5:1 to 12.5:1. The bike also gets a new stainless steel exhaust. 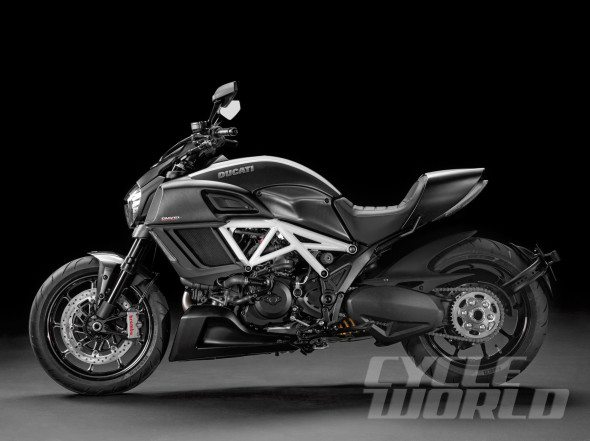 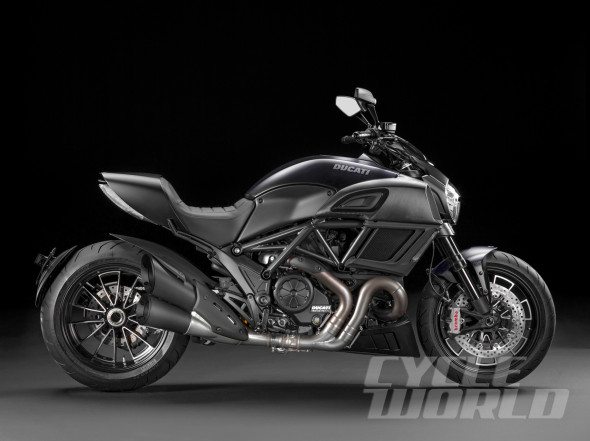