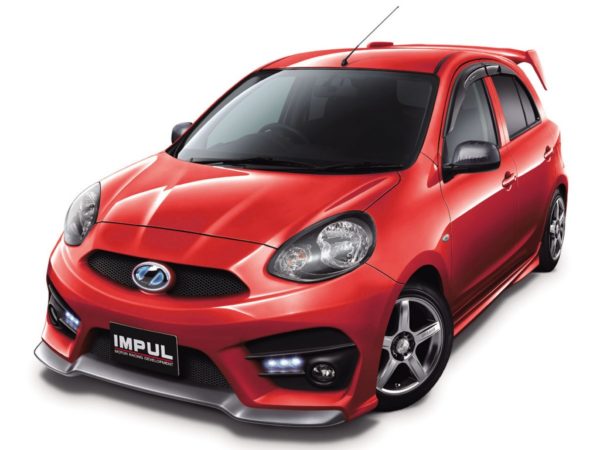 Japanese tuning outfit Impul, which specializes in Nissan cars, has come up with the 2014 Nissan March Impul for the Japanese car market. The March is basically the Micra that is sold in Indian market. Impul came into business way back in 1980 and was established by Nissan’s works driver Kazuyoshi Hoshino. Impul’s first fully customized model was a Y31 Gloria, which was released in 1987.

The new 2014 Impul Nissan March made its public debut at the 2014 Tokyo Auto Salon, which was held between 10th and 12th of this month.

Thanks to the good folks at Impul, the Nissan Micra, nay, the March hatchback gets an all-new front bumper, sideskirts,  aero side visors, carbon mirror covers, a revised rear bumper and a rear spoiler. This not all as the car also features new RS S-05 wheels and LED fixtures at its front grill and fog lamp section. 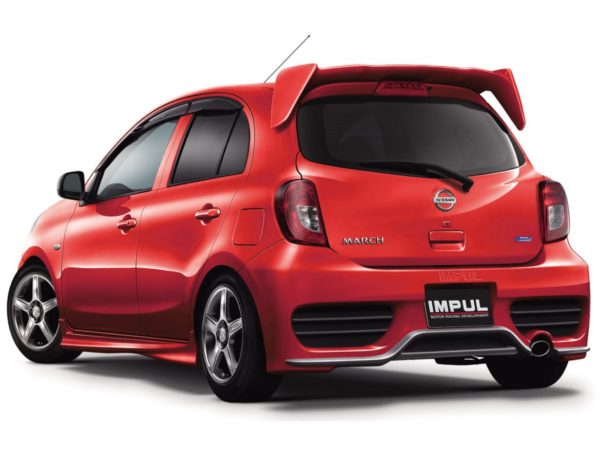 Do you like the new 2014 Impul Nissan March? Would you like to have a similar performance-tuned variant of the Nissan Micra?
Do let us know by penning your thoughts in the comments section below.