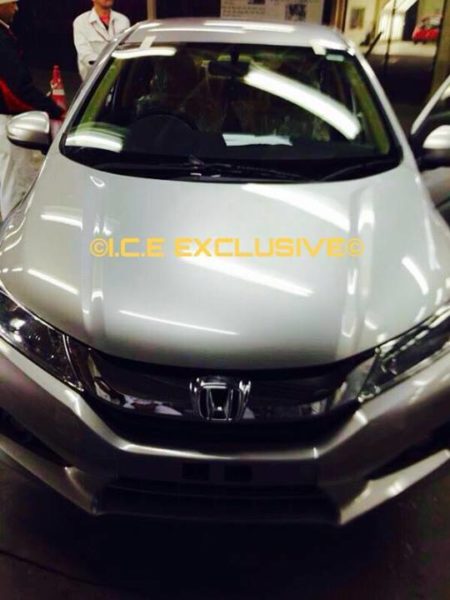 The good chaps at I.C.E have come up with a handful of pics of the recently revealed 2014 Honda City that has been spotted parked in a dealership. 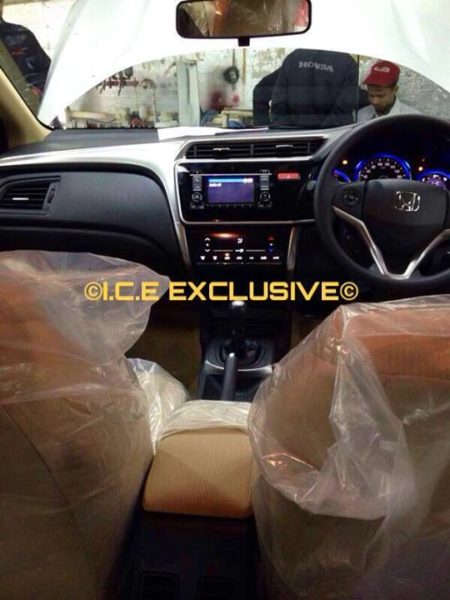 From what can be made out from the images, the new Honda City V variant will come equipped with- 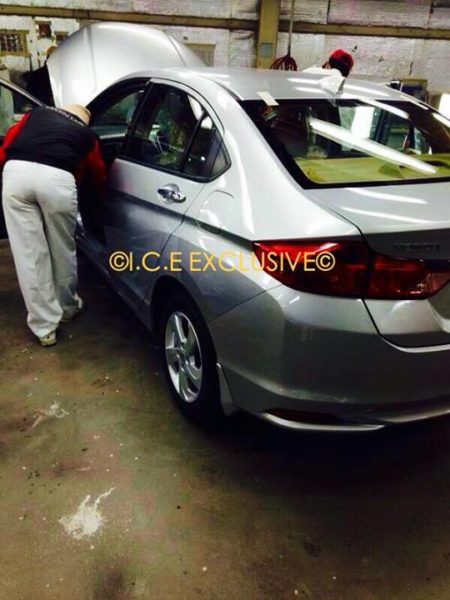 It is the first time that the City is going to be offered with a diesel engine and there are good chances that the car will soon reclaim the top-spot it once enjoyed in the upper C segment of Indian car market. The new gen Honda City diesel is high on fuel economy and its claim to fame is its title of being India’s Most Fuel Efficient Car.

Powering the Honda City diesel is the same motor  that powers the diesel variant of the Amaze. For the City too, this 1.5-litre i-DTEC EarthDreams diesel motor has a max power of 100 PS and peak torque of 200 Nm. However, for the City, the all-aluminum motor comes attached to a six speed manual gearbox (versus Amaze’s five speed unit).

The prices of the new Honda City will be announced once it is formally launched in the country next month.

What do you think? Is the new Honda City diesel all the car our country’s C segment sedan buyers always wanted? Do let us know by penning your  thoughts in the comments section below.