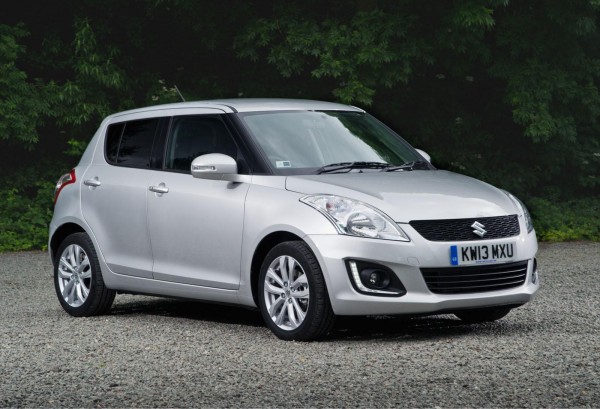 We reported in detail when images and details of the refreshed 2013 Suzuki Swift facelift were revealed earlier this year in July. The Swift refresh has now made its motorshow debut at the ongoing 2013 Frankfurt Motor Show and here, we have put together all the details of the updated Suzuki. Also seen in the next page are some official pics of the Swift facelift.

As we have been saying, the talking point of the updated car are the DRLs that are housed in the front bumper. The DRLs seem to be similar in shape to the ones we see on the facelifted Hyundai i20. The other change that we can notice in the exterior styling is a new set of alloys. The alloy wheels version gets new design for the wheel caps.

The UK market also gets a new color option for the 2013 Suzuki Swift- Boost Blue (Metallic).

Changes to the styling of 2013 Suzuki Swift facelift are “Blink and you’ll miss them” but it’s good that Suzuki realizes it doesn’t need to mend what ain’t broke. 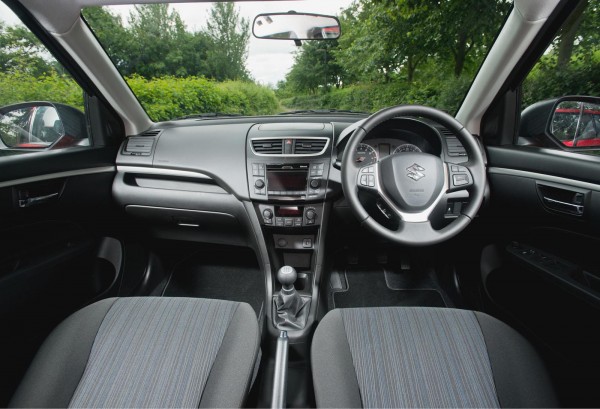 Talking about the interiors and the features list, the update is more comprehensive here, with the car getting an upholstery change, Auto Up feature for driver side Power Window, Power folding ORVMs and Auto headlamps.

Other than this, the international spec Swift comes with a Push Button start, cruise control and Bluetooth connectivity.

The updated 2013 Suzuki Swift is powered by the same 1.2-liter K-Series petrol engine and 1.3-liter DDiS diesel engine that powers the pre-facelift car. However, the diesel motor has been tweaked to reduce CO2 emissions from 109g/km to 101g/km and fuel efficiency has been increased by 7%.

It is pretty much for sure that MSIL would launch the Swift facelift in India, what with competition getting fiercer and all that?

However, our guess is as good as yours when it comes to predicting the launch date of the updated car.

Go to next page for image gallery and UK prices