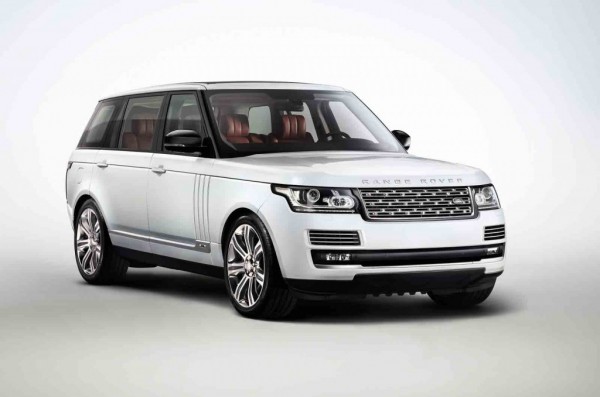 The LWB variant of the 2013 Range Rover will go on sale in March 2014 and India launch could happen sometime in last quarter of 2014.

The 2013 Range Rover LWB gets 140mm of additional legroom for rear passengers. All this additional space is courtesy a bigger body shell, which is longer near the front of the rear wheels. The rear seats option for the Range Rover LWB include a set of executive bucket seats and a rear bench. The bucket seats offer a recline angle of as much as 17 degrees. The car also gets power door blinds and panoramic sunroof. Visual changes include a longer rear door and an addition of L badges near front wheel arches. 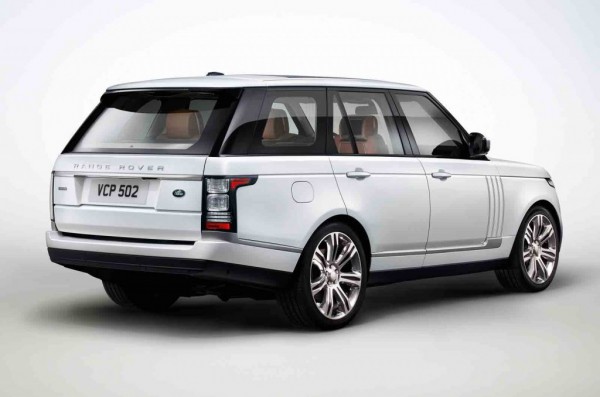 The 2013 Range Rover LWB will go on sale in Vogue, Vogue SE, Autobiography and Autobiography Black (newly introduced, more details soon). It is also being said that the car will get a hybrid variant sometime next year.

Commenting on the new 2013 Range Rover Long Wheelbase (LWB), Phil Popham, Group Marketing Director, Jaguar Land Rover, has said,”With the addition of the Range Rover long wheelbase to our portfolio of luxury SUVs, customers can now choose a vehicle that offers superior levels of interior space and comfort to compete in a market dominated by saloon cars up until this point. The Range Rover Autobiography Black is our most luxurious specification yet. It epitomises sophisticated design with immaculate attention to detail. The subtle, elegant and luxurious finishing touches combine with a first class experience for both driver and passengers to deliver new levels of exclusivity to our customers.”