This concept has been designed to preview the upcoming production model. Seen on the concept is an aggressive exterior with modified bumpers and prominent rear wing. The crossover has also been equipped with canards, a rear diffuser and a four-tailpipe sports exhaust system. Other notable changes body side graphics, high-performance brakes and 21-inch forged alloy wheels. 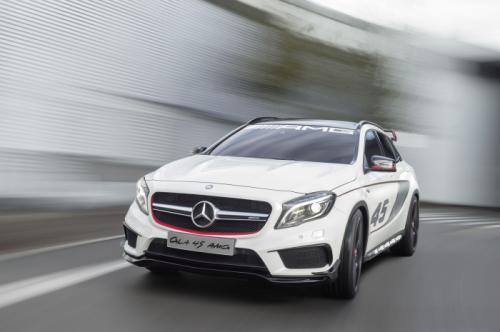 Similar to the CLA 45 AMG, this AMG-tuned GLA-Class gets the same 360 hp and 450 Nm turbocharged 2.0 litre engine , which is also seen in the A 45 AMG. Power is transmitted from the engine by an AMG SPEEDSHIFT DCT 7-speed transmission, and is transferred to the road through the AMG Performance 4MATIC all-wheel drive system. AMG says it will get to 100 kmph in less than five seconds. Mercedes says this 2.0 litre engine is the “world’s most muscular four-cylinder production engine“ 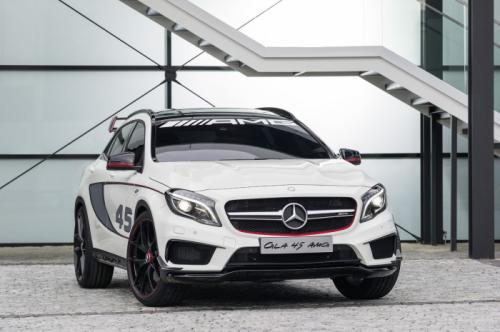 According to AMG Chairman Tobias Moers, “Withthe Concept GLA 45 AMG, we are setting a stake firmly in the ground of the strongly growing market segment of compact SUVs. Our customers – a young target group who set great store by styling, dynamism and independence – can now start looking forward to a dynamic high-performance car.” 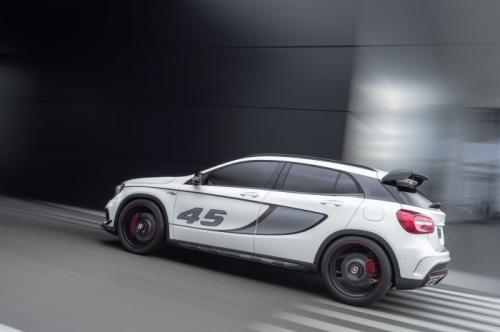 The add ons seen here, which comprise of the front bumper flicks, rear spoiler, quad-exhausts and huge 21-inch wheels, will most probably form the introductory Edition 1 version, before being offered as individual cost options later on. 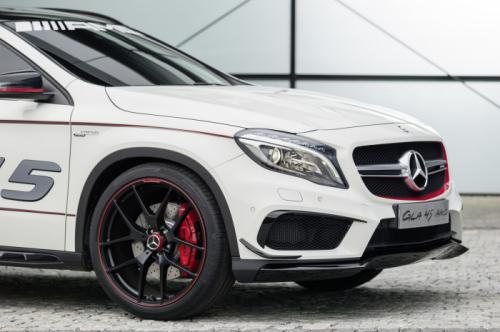