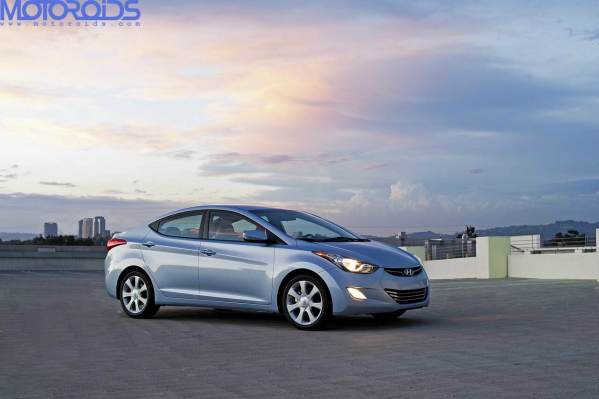 Accuse me if you wish for being deferential, but I personally think that the 2011 Elantra is one of the most beautiful mid-size cars to have ever graced the world. The new Elantra, with its design lets you experience the essence of Fluidic Sculpture (Hyundai’s new design philosophy) in its most spectacular form. Known for some of the most hideous car designs in its early years, Hyundai, of late has emerged as the maker of some of the most beautiful mainstream automobiles and has won critical acclaim for its new vehicles such as the new Sonata, the ix 30 (or the new Tucson) and now the sizzling new Elantra.

This beautiful piece of machinery (sorry, but can’t stop myself) is headed to India, and if I had the money (sigh!) I would have bought it even if it were powered by a Nokia E72’s battery. I seriously don’t care for the equipment or the drive – I am simply smitten by its gorgeous lines (apologies again).

Although we don’t have any clue about the pricing of the car, but knowing that it’ll play in the segment a notch below the Sonata, we are guessing that Hyundai would try to land it in the Arena where the Civic / Altis / Cruze are fighting a bloody battle. Expect the price to be in the range of Rs 10-13 lakh. We have a gut-feel that Hyundai will try to price this car very aggressively, as the company management on occasions more than one, have hinted that they will localize components and produce it in their Chennai facility to reduce costs. Some reports on the internet suggest that the car will also spawn a Touring version for America and some other countries, but we don’t see the version coming to India.

Thankfully I won’t have to live with a Nokia battery propelling this machine if I ever managed to buy it, as the engine powering this beauty (sorry again) would be a 1.-8 litre direct injection naturally aspirated four-cylinder petrol mill producing an impressive 148PS of peak power and 180Nm of peak torque. This is almost official now, but the transmission system to be mated with the engine has not been revealed yet. Guesswork throws out a five or six speed manual as the first possible option though.  The car is making its debut at the LA Motor Show next week, and as always, we’ll get you all the info on the car much before that.. so stay tuned!
Check out the hi-res image gallery and a few videos of this gorgeous machine on the next pages>>>.

Check out the 2011 Elantra in action on the next page>>