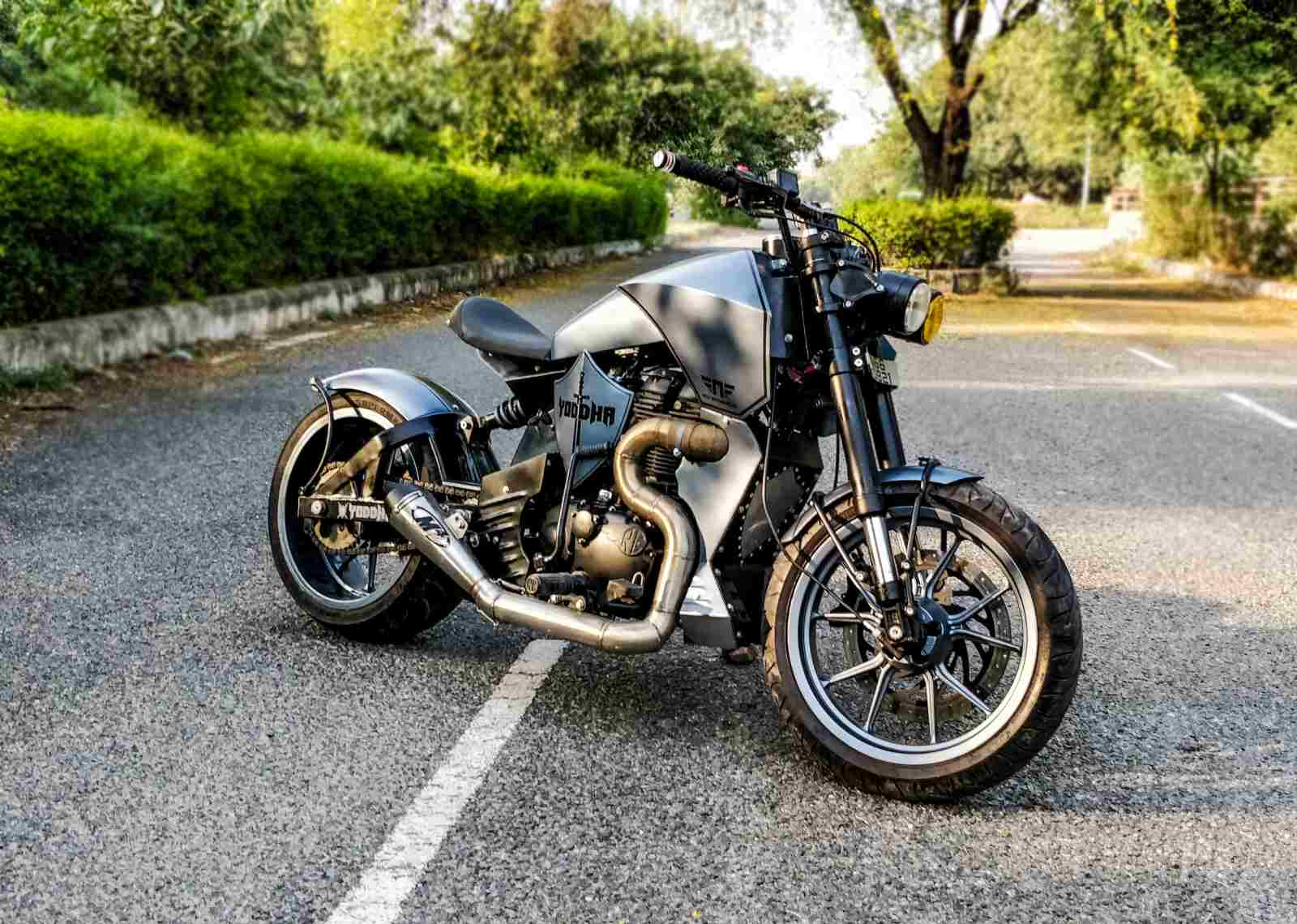 Some custom motorcycles follow an established design philosophy, whether it be a Scrambler. Bobber or a café racer. But then there are some custom builds which are so unique in their approach that it becomes hard to put them in a single category. Neev Motorcycles’ ‘Yodha’ belongs to the latter. In the word of the custom-house itself, it’s a cafe racer with a mix of naked streetfighter look. Yodha translates to ‘Warrior’ and when you look at the custom build and it does look like one!

It is built around a Royal Enfield Thunderbird 350c but the custom house claims that the same set of modifications can be applied on the Interceptor 650 and other Royal Enfield single-cylinder motorcycles. 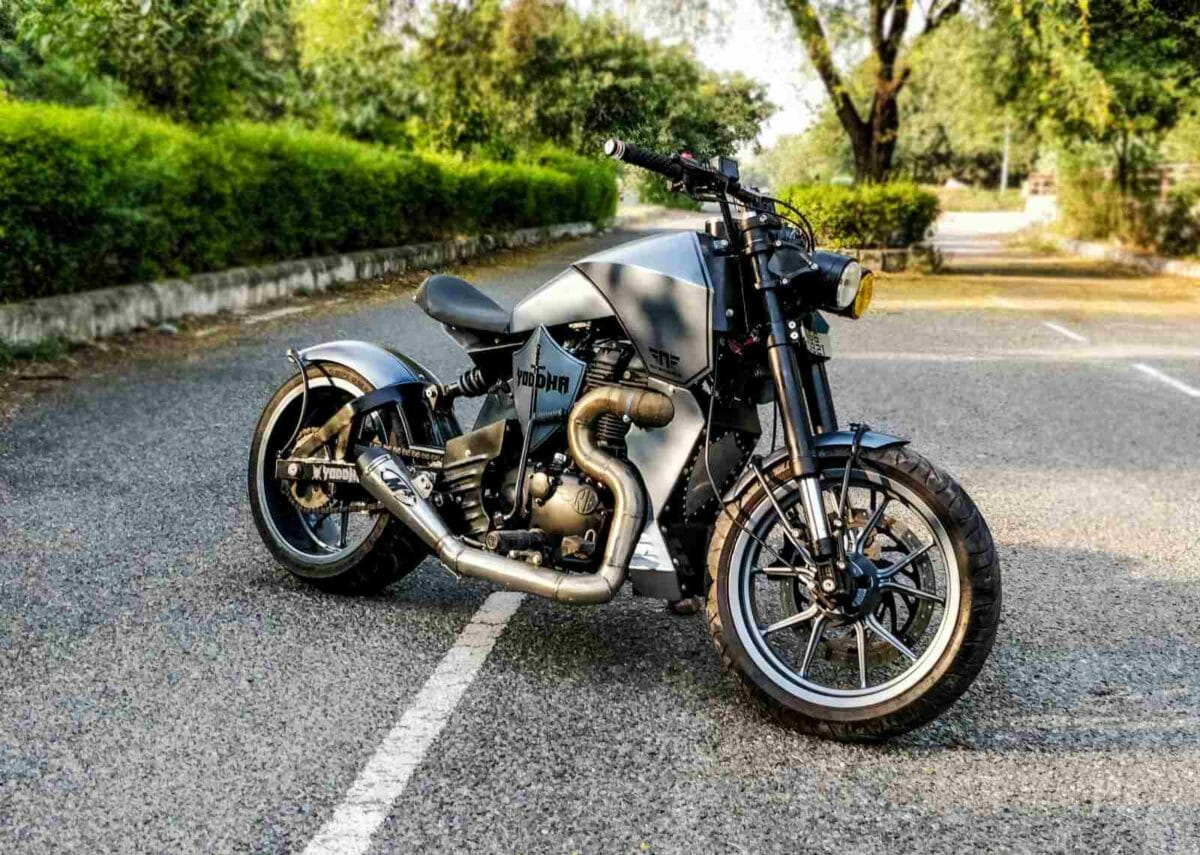 Helmets off to the person who christened this custom build as ‘Yodha’. It looks like an angry warrior which will slash anything which will come in its way. To defend itself, it also has a custom shield bolted on its side panels with ‘Yodha’ engraved on it. It looks nothing like a stock RE Thunderbird because all the cycle parts have been swapped for more premium components. The front features after-market twin headlights, marking the eyes of this stealthy warrior. The stock suspension setup has made way for USD forks while the fenders are hand-built. Braking duties are handled by a 300mm front disc with 4 piston calliper and a 230mm rear disc. The braking setup looks adequate to bring this warrior to a halt in case it decides to go rogue! 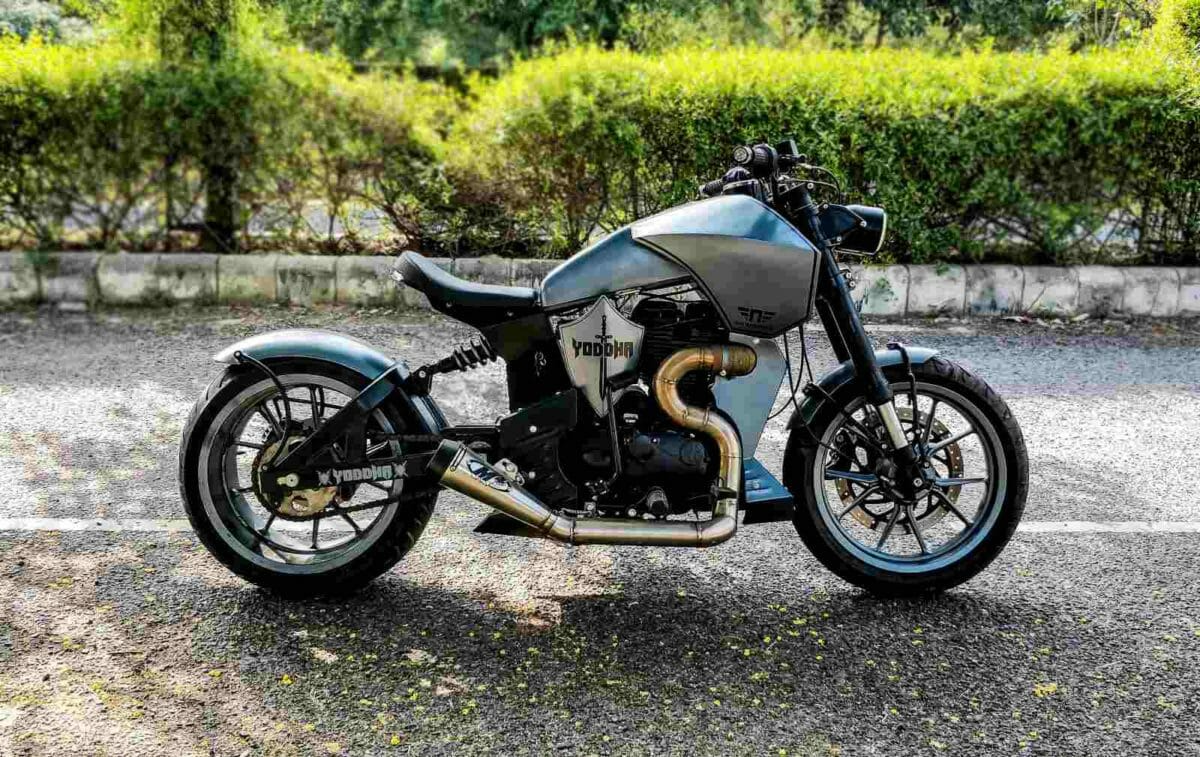 The fuel tank, swing arm, frame, belly pan and the leather seat are all custom made. The hand-built custom fuel tank deserves a special mention because the swollen chest of a warrior deserves all the accolades, right? Its bulged tank extensions resemble the biceps of a veteran warrior who has won many battles based on his raw strength alone. 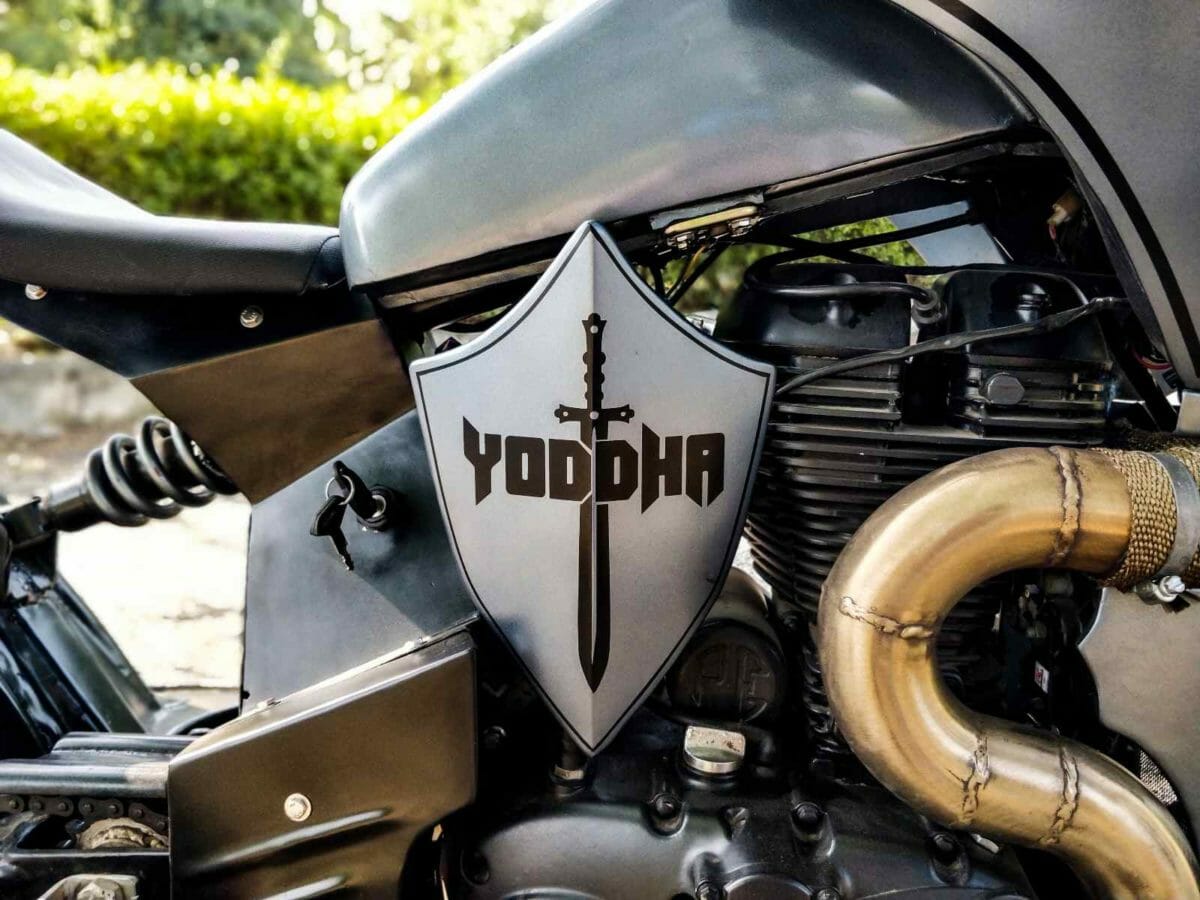 There’s no provision to accommodate a pillion though because then again, some warriors have to take a vow that they will stay alone for the rest of their life, right? Machine-made parts include the likes of lathe machined axles and spacers, jackshaft and chain sprocket. Upping the oomph factor on this Yodha is a host of performance upgrades which include an aftermarket exhaust unit coupled with a K&N filter. The exhaust with its loud aural drama will announce the arrival of the ‘Yodha’ because sneaking up on your enemies degrades the definition of a warrior. This Yodha wants to announce its arrival loud and clear!

Also read: Neev Motorcycles’ ‘Tamraj’ Is A Royal Enfield 650 With Loads Of Attitude 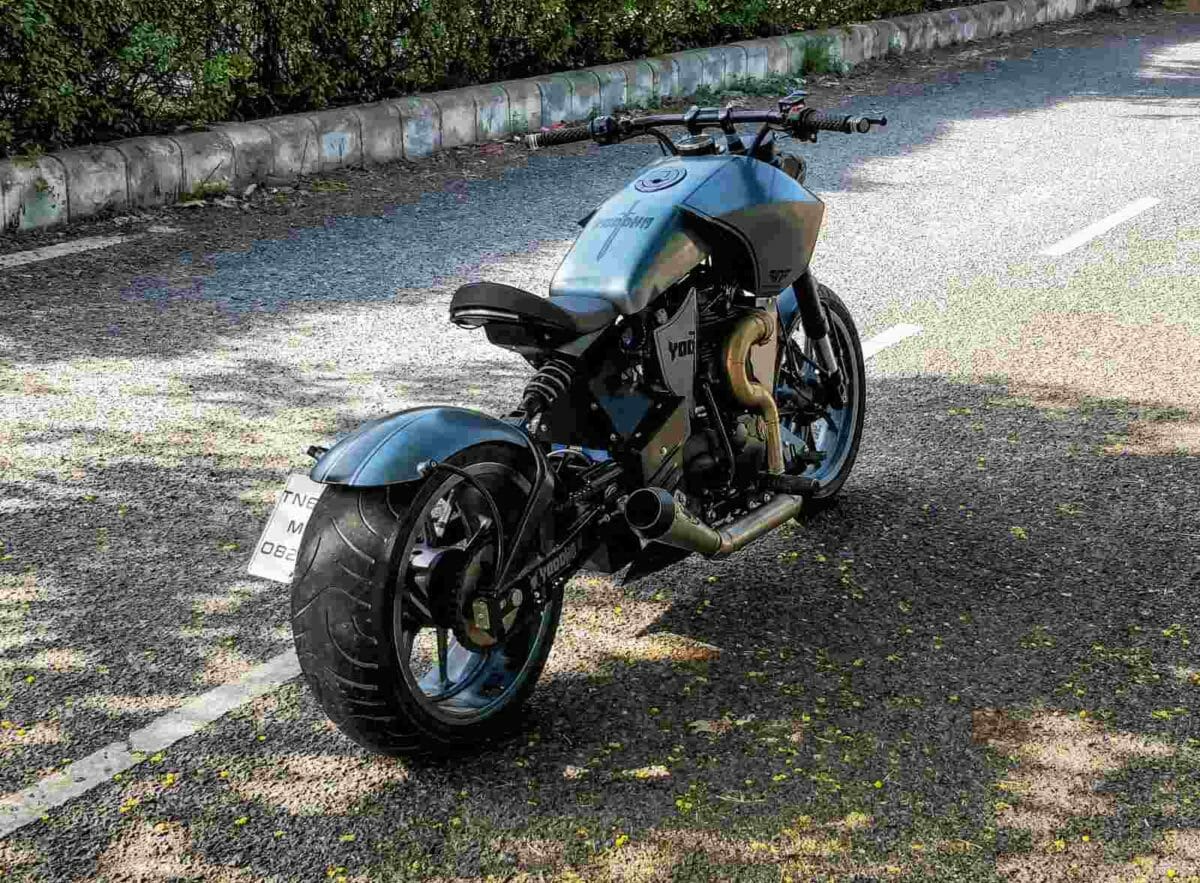 The minimalistic rear end is dominated by a custom fender which tries very hard to hide the humongous 200 section rear tyre. Also visible clearly is the monoshock unit which sits nicely under the custom made leather seat. The number plate holder is also custom made and is placed on the left side of the motorcycle, in a typical cruiser style. The custom straight handlebars and the digital speedo form the cockpit view of the rider. The whole bike is painted in a dark-grey shade which complements its blacked-out parts rather nicely! According to us, the only thing missing here is a Valyrian Steel sword to complete this grey-shaded knight!