Home Features Need To Tow A 285-tonne An Airbus A380? Let The Porsche Cayenne Take Care Of It

A Porsche Cayenne, driven by Porsche GB technician Richard Payne, towed the aircraft over a distance of 42-metres at Paris Charles de Gaulle Airport, to set a new Guinness World Records title for Heaviest aircraft pull by a production car, by a margin of 115-tonnes. 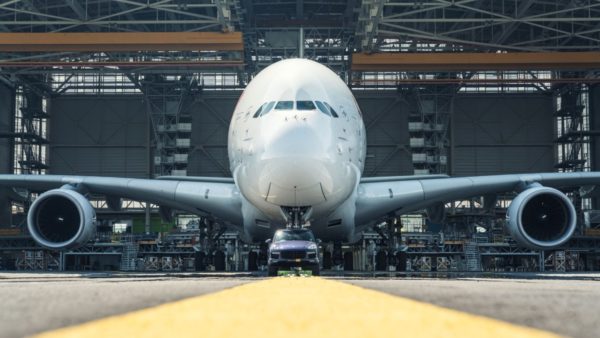 Air France devoted its engineering hangar and one of its fleet of 10 A380 aircraft to the project. The 60,000 square metre hangar, which is large enough to house over 3,000 examples of the Cayenne (or one very big aircraft), was designed specifically to house the Air France Airbus A380 and is usually home to all the engineering and maintenance activity for the Air France fleet. The Porsche Cayenne (measuring 4.8-metres in length) was connected to the most sophisticated and largest passenger aircraft in the world, the Airbus A380 (73-metres) via a special towing attachment that sat on the Cayenne’s standard tow bar.

And here’s the what happened next:

The Guinness World Records title was set by a Cayenne S Diesel, producing 385 hp and a massive 850 Nm of torque. The exercise was then repeated using a Porsche Cayenne Turbo S. 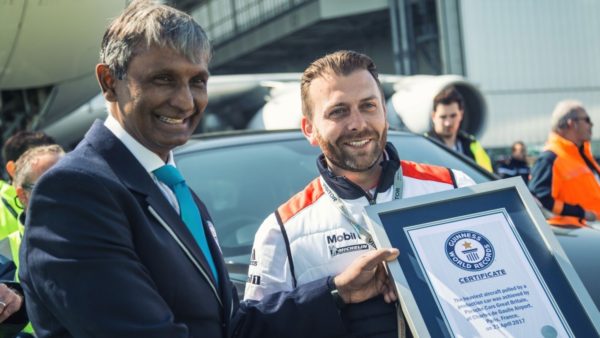 Speaking about the achievement, Richard Payne, a technician at Porsche GB said that the car-maker does not usually go this far to test the limits of its cars but they got pretty close with this one. Porsche cars can go a bit beyond what the customers might expect – they’re designed to be tough. But even so, what the Cayenne did was remarkable. Credit should go to the team in Stuttgart who developed the car.