Home Features Navdy: A portable HUD that fits in any car 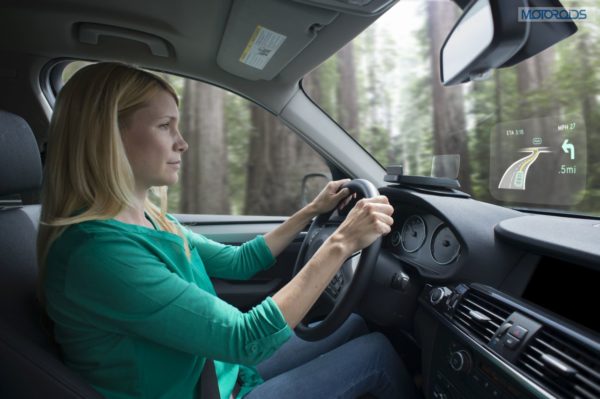 There are certain features which were only reserved for premium cars until now. However, what’s new today, is relatively old, cheaper and in some cases even better tomorrow. HUD’s were one of the coolest things to be featured in some of the recent premium cars and they amplified the ‘Wow’ factor several notches higher. Even motorcycle helmets feature an HUD now (Read about it, Here) and there’s no way cars will lag behind.

So a Start-up in San Francisco called Navdy has introduced a portable HUD for cars which apart from displaying navigation and speed, also features apps and smartphone controls. It can be placed on the dashboard above the steering wheel at your eye level. The device features a tiny projector that displays the UI on a tiny screen that sits within. However, the image appears like it is two metres away, so you never have to adjust your focus away from the drive. It works through gesture control and voice recognition, connects wirelessly to your iOS or Android and has its own apps. So you can dictate a tweet, reply to a text, using just your voice. 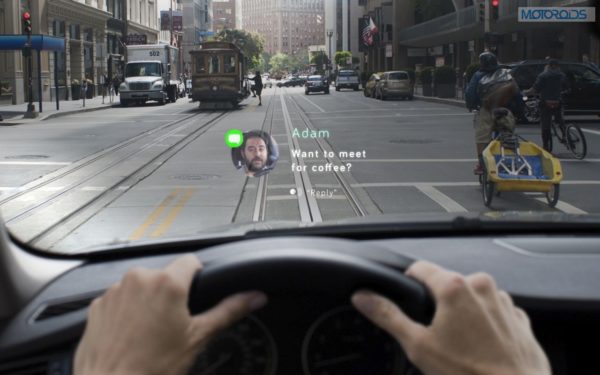 Talking about the device, Navdy co-founder and CEO Doug Simpson said,  “Smartphones were never designed to be used while driving. Touchscreen-based apps force you to take your eyes off the road. So we started by completely rethinking what the experience of using apps behind the wheel should be like. Navdy is built from the ground up to be the safest and most intuitive way to make calls, use navigation, listen to music or access notifications without ever looking away from the road.” 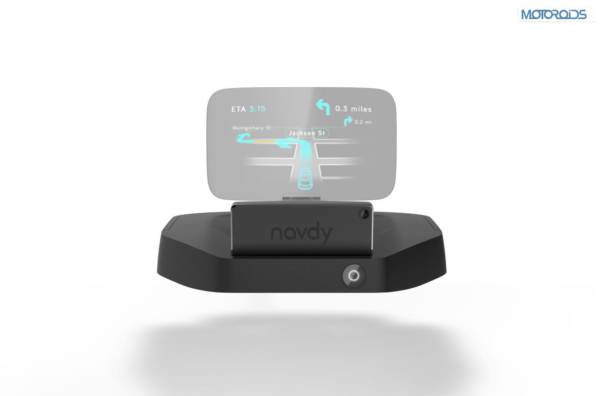 Pre-orders for the Navdy are available now with shipments starting in early 2015, and for the first 30 days it’s priced at $299 (Roughly 18,000 INR). Click the link to Pre-order: https://www.navdy.com/press

The Key Features of the Navdy are as follows: