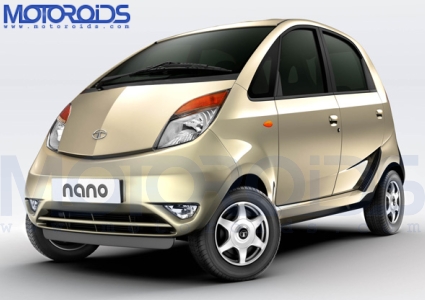 What started as an idea of providing a better means of transport to the Indians may soon find a place in the automobile market of Taiwan.

Indian Autos Blog’s latest post says so. Theodore Huang, Chairman, Teco Group of Taiwan has shown some interest in introducing the Nano in the Taiwanese market. During an event arranged by Tata Motors in Taiwan, he said that he was really interested in working with Tata Motors. He also believed that the car even if imported from India would cost lesser than the cheapest one available there.

The car will have to be reworked in order to make it acceptable for the stricter emission and collision norms in Taiwan. Well, Tata engineers have made a car once considered impossible come to reality, the reworking bit shouldn’t be a problem for them.

We hope that they make the car ready for it new market soon so that Nano makes us proud again.

Thanks IAB for the news.