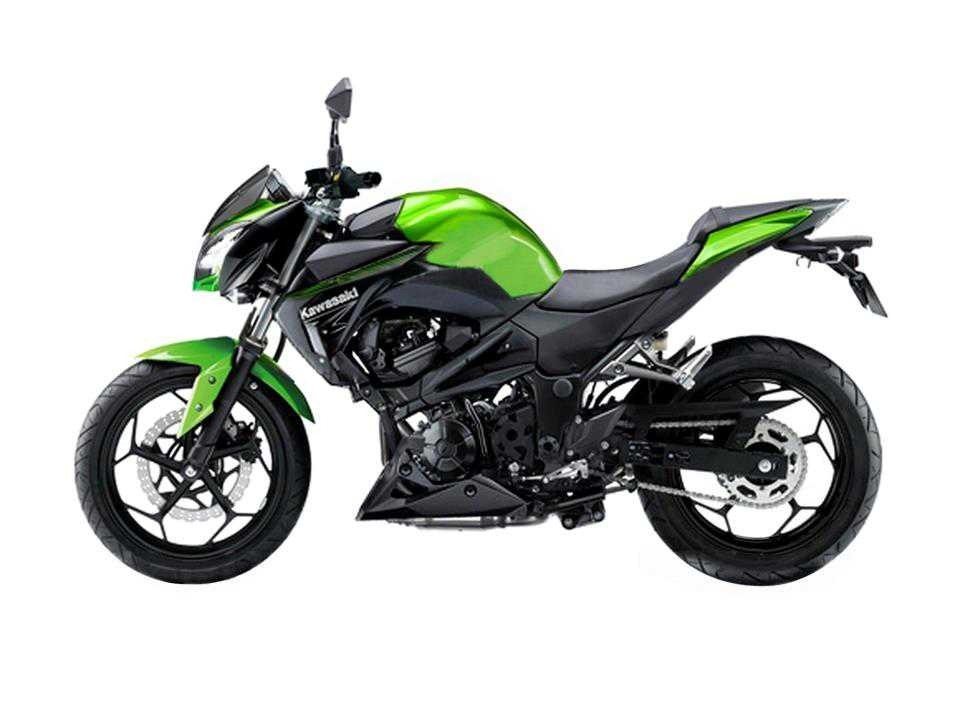 Like we mentioned in our earlier article, the market for 250 and above capacities is going to be extremely rewarding this year. Adding to the list of launches, there has been another. Readers might remember the naked version of the Ninja 300 we had posted about a couple of months back. A rumour then, which has now to some extent been indirectly confirmed by Mr. Freddyanto Basuki- Marketing Director of Kawasaki Motor Indonesia. 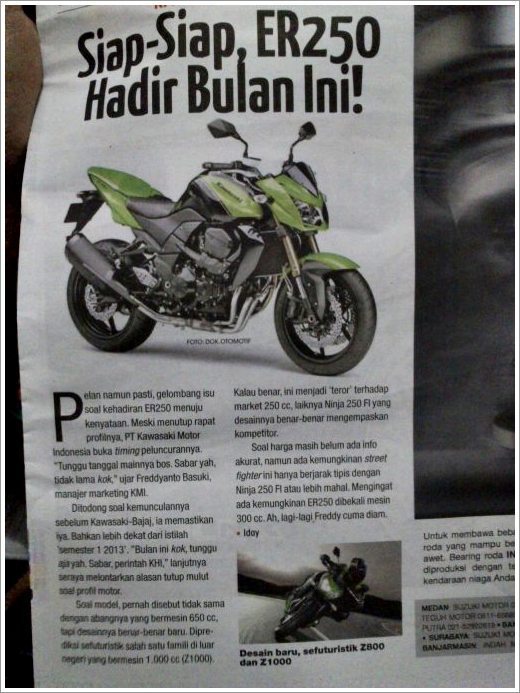 From what we could translate from an Indonesian news cutout, Mr. Basuki, while speaking about the Z800 and Z1000 was tight-lipped about the street version of the baby Ninja but stated that the bike will be out before the end of this quarter. In contrast, a few blogs have even stated the possibility of the launch happening this month itself.

The biggest uncertainty to everyone has been the engine. There have been ample rumours doing rounds on Indonesian motorcycle blogs which codename it as the ABS equipped Ninja ER250 and might carry the same engine as the one on the Ninja 250R. While there is possibility of a new 300 motor being introduced, our gut feeling says it’ll be a 250 😉

Also from a rational point of view, we feel that the 250 makes greater sense. A naked version would mean a more competitive pricing strategy and even the current crop of the Ninja 250 has the specs to take the fight to other 250s selling in the Asian markets. Rumoured to be in the price-bracket of 1,47,000 THB, the bike’s price would translate to roughly INR 2.5 lacs for an ABS version. Now only if the Naked Kawasaki Ninja 250 could be brought here and localized for a competitive price tag. Would that prospect excite you? Do let us know via your comments.