Home Auto and Motor Shows NAIAS LIVE: BMW i8 visits Detroit prior to its India debut at Auto Expo 2014 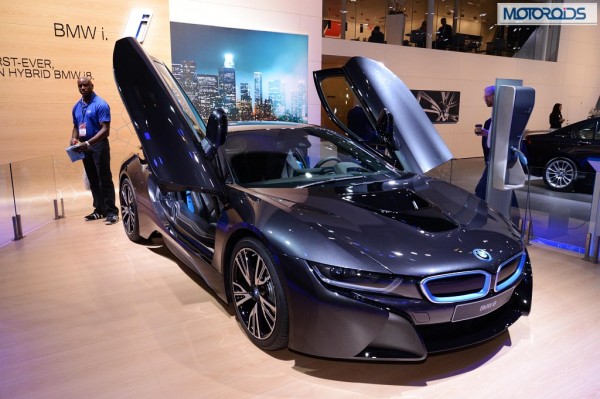 It is a well known fact that BMW India intends to launch the much publicized BMW i8 electric-hybrid supercar in our country. CLICK HERE to read about all the 40-odd cars that are coming to us this year

However, before BMW i8 makes its India debut at the Auto Expo 2014 next month, the Bavarian automaker has decided to showcase its flagship electric-hybrid at the ongoing NAIAS 2014 in Detroit. Here are a couple of images of the BMW i8, brought to you LIVE from Detroit. 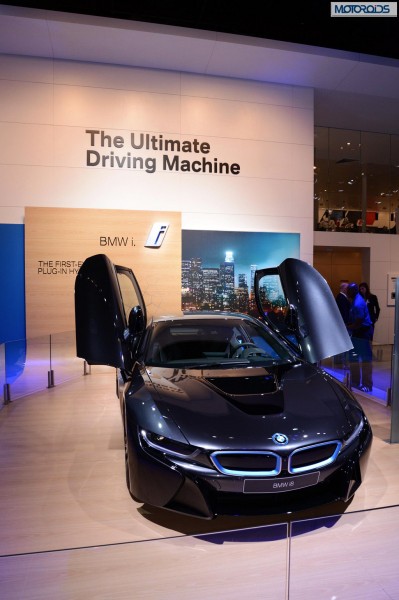 Powering the BMW i8 is a 1.5 litre twin turbo three pot petrol engine that belts out a max power of 231 HP and peak torque of 320 Nm. The gasoline motor comes mated to an electrical motor that adds 131 HP and 320 Nm of torque to the performance figures. Hence, the total output from the hybrid powertrain has been rated at 362 HP and 570 Nm.

It is expected that the hybrid supercar from the BMW will be priced at INR 1.5 crore in India. The BMW i8 India launch will happen in late 2014 and only 7 units of this famed hybrid-supercar have been allotted for the Indian market.

Stay tuned to Motoroids for NAIAS LIVE coverage and for more updates on the BMW i8 India launch.