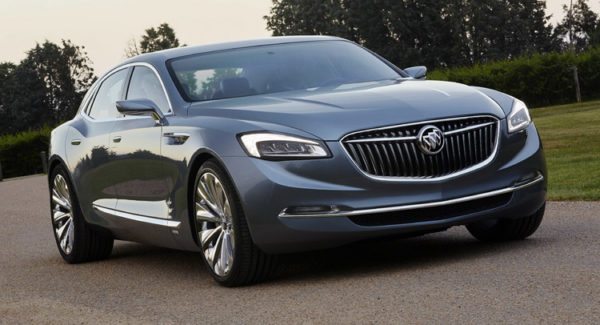 Avenir, French for ‘future’ is what Buick’s sublime new luxury sedan concept is called. Inspired by iconic Buick concepts such as the Riviera, the Avenir debuted at the ongoing Detroit Auto Show. Offering a vision of where’s Buick’s design language is headed, the Avenir starts off with an imposing grille that combines the traditional waterfall blades with wing-shaped elements, while also marking the return to three-color – red, silver and blue – Buick tri-shield insignia.

The sides are strong and traditional, but at the rear, there’s a distinctive coupe profile integrated into a boattail decklid. That’s a nod to the third-generation Riviera. It’s a very striking design, a very memorable design. The Avenir, not based on any specific production platform, stretches 204.5 inches (5,195 mm) in length and 76 inches (1,931 mm) in width, with power coming from a “next-generation” direct-injected V6 engine with Active Fuel Management (cylinder deactivation) and stop/start technology, connected to a nine-speed automatic transmission driving all-four wheels. 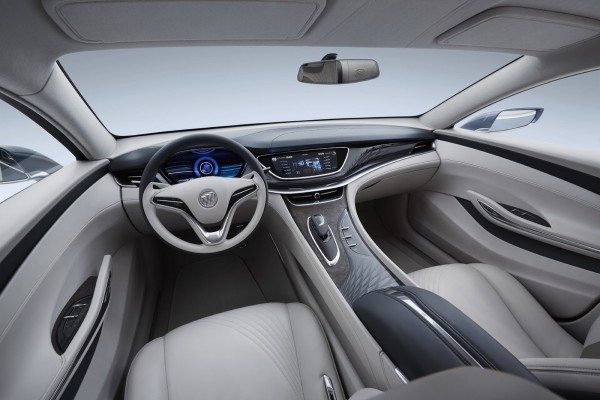 The interiors of the Buick Avenir look sumptuous and smart enough, and like the trend, loses button enabled controls and focuses on touch-screen based controls instead. At the back, there are a couple of lavish, individual captain seats that’ll caress your esteemed bottom if and when the Avenir reaches production.