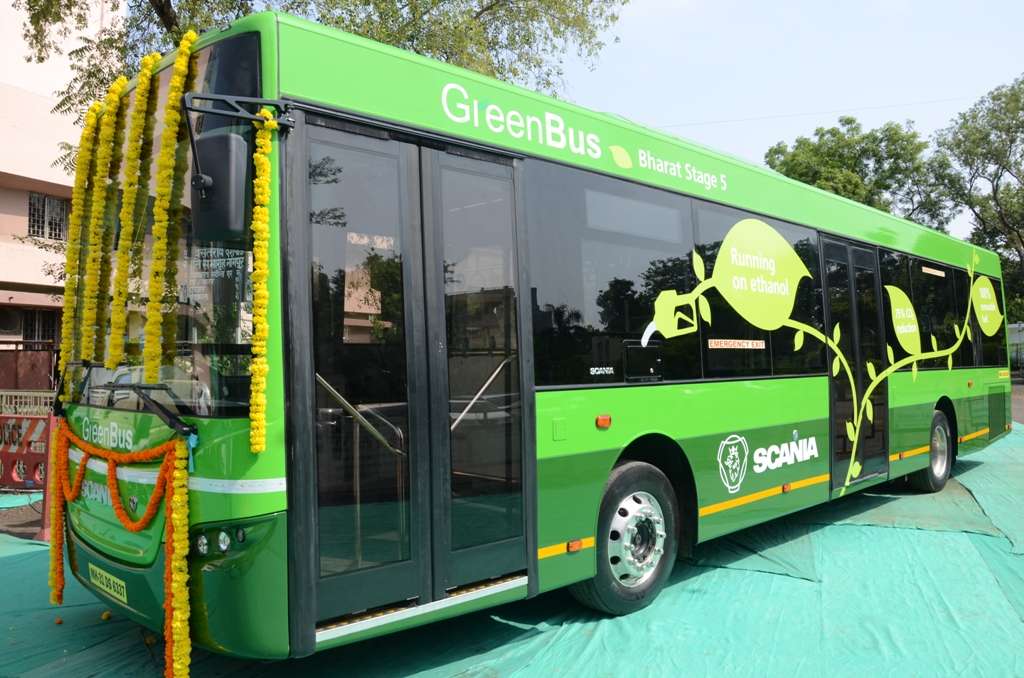 Scania Commercial Vehicles India Pvt. Ltd. kick started a smart city initiative in Nagpur with the first Ethanol powered Green Bus as a pilot to show the environmental, social and commercial benefits of a Scania Bharat Stage V bus run on locally produced alternate fuels. The bus was handed over to the Nagpur Municipal Corporation (NMC) in August 2014 and has been in use in the city.

The Municipal Commissioner of Nagpur Shravan Hardikar, IAS, has kindly offered to showcase India’s first ethanol powered city bus in Pune on 25thJune 2016, at the city’s first anniversary of the smart city project launch. Prime Minister Narendra Modi will attend the event and launch a number of initiatives under the smart city project. Scania will participate in the Pune smart city anniversary with the Green Bus on behalf of Nagpur Municipal Corporation.

The ethanol powered bus is developed as Scania’s pilot project in the area of bio fuel powered transport solutions, and the trial run of the Ethanol Green Bus in Nagpur has been successful.