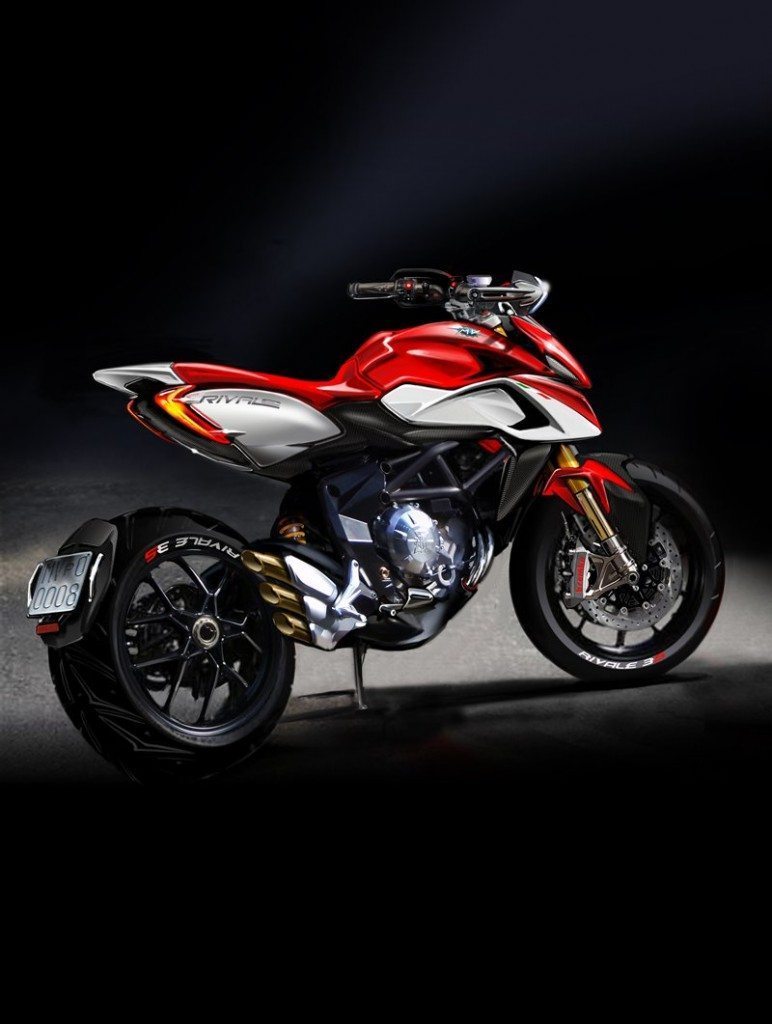 MV Agusta have released the first official sketch of their Rivale, a powerful urban street machine which plays as a midfielder – neither too powerful, nor too sedate. Slated to be powered by an 800cc three-cylinder engine (those beautiful exhausts give it away), the bike will make its debut at the EICMA show in mid-November. The engine powering the Rivale will be the same as the one on 2013 Brutale 800 which will also make its debut alongside this new model.

While the official details on the power and torque output of the new bike have not been revealed yet, we expect the new 800cc engine, which is essentially a bored out version of the 675 triple, will be substantially more powerful. Power output is expected to be about 130bhp @ 12,000 rpm , while the peak torque is expected to be 85Nm at 10,500 rpm.

The new MV Agusta rivale features unique styling, which comes as quite enticing to our eyes. The bike has trellis frame, a triple ported exhaust and a beautifully hugger-mounted number plate. The design of the tank, the seat and the tail-lamps is quite distinctive and should make the rider of this beast stand out from the rest of the pack. There are some elements which remind of the Ducati too, like those hand protectors, which seem to have been taken from the Hypermotard. Those exhausts, however, styled in typical MV fashion doesn’t leave any doubt about which Italian stable it’s rolling out from.

Hot or not? Do let us know your first views on the design of this Italian machine.