The Transport Department and the traffic police, under Transport minister Diwakar Raote will today start a drive to execute the new notifications on traffic violations by the government issued on December 31st 2015. The notification mentions violations such as using vehicles meant for carrying goods as passenger vehicles and plying overloaded vehicles.

Offenders caught in drunk driving case, talking on the mobile while driving, speeding or jumping a signal could end up with their licenses being suspended for a maximum term of 3 months. Approximately 30 teams will be positioned in Mumbai, Navi Mumbai and Thane to help enforce the new rules. 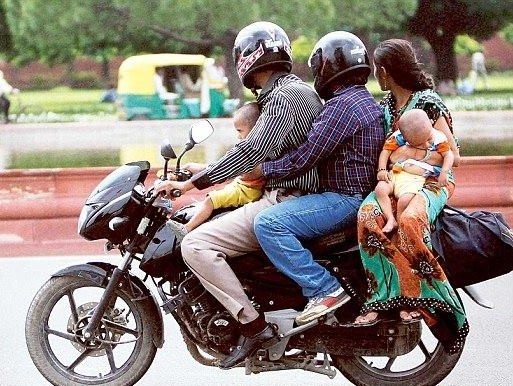 One rule that would impact people the most would be of the helmets becoming mandatory for the pillion rider. Pillions riding without helmets would not only be fined but would also be sent to the respective RTO for a two hour seminar on traffic rules. The aforementioned rule will also apply to those caught without wearing a seat-belt.

Speaking about the drive, Transport Minister Diwakar Raote said, “Action will also be taken against those who ride two wheelers making more noise than permitted.” He further added that penalties too would be imposed for violating traffic rules. The decision to carry out the drive was taken yesterday after Raote had a meeting with the traffic police and transport officials.

This notification would not go down well with the general public who often accuse police officials of flouting the basic rules. The traffic officials too have been caught on the wrong side of the law on various occasions through images and videos which keep circulating on social media websites.

Via: Times Of India