A limited number of bespoke McLaren 570GT models will become available this month to a few McLaren buyers in the UK and Europe. Commissioned from McLaren Special Operations as an MSO Collection, the six cars are finished in McLaren’s XP Green exterior paint, the same colour as the F1 XP GT Longtail homologation model built in 1997. The saddle tan leather interior additionally features green leather inserts in the seats and green contrast stitching, as well as a dedication plaque mounted on the centre tunnel beneath the infotainment screen identifying each car as one of six in the collection. 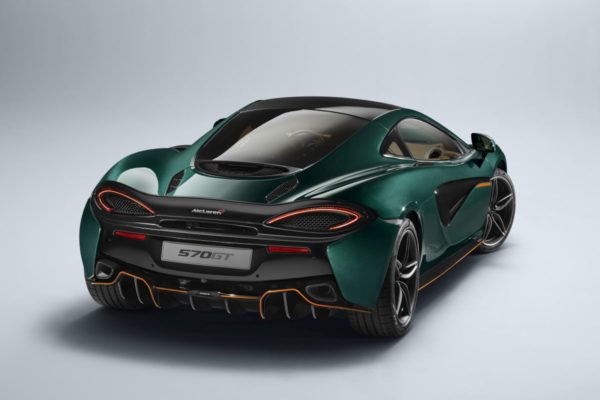 The exterior of the car features saddle tan aero pin-striping edging the front aero blades, side skirts and rear diffuser, while each door carries a stripe of the same colour that runs rearwards from a Union Jack emblem finished in silver-grey. MSO Black exterior components replace the front splitter, door inserts, side air intakes, side skirts and rear bumper, diffuser and spoiler, all of which would usually be finished in Dark Palladium or body colour.

Also read: Another McLaren 720S Lands In India; This Time In Mumbai!

The XP Green 570GT cars will be going to owners in the UK, Germany and the Netherlands. The MSO content in each is identical and adds £21,000 to the final price of the vehicle, which will depend on other options chosen. A specification that encompasses a By McLaren Designer Interior, GT Upgrade Pack (which includes vehicle lift, rear view camera, volumetric alarm upgrade, Bowers & Wilkins audio system and car cover) and 5-spoke forged wheels in stealth finish among the options gives the XP Green MSO Collection McLaren 570GT a price of £188, 567. The model will source power from the 3.8-litre twin-turbocharged V8 engine producing 570 PS and 600 Nm. 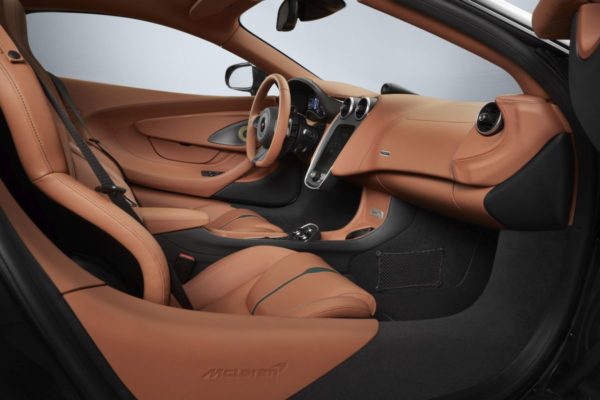 Speaking on the occasion, Jolyon Nash, McLaren Automotive Executive Director, Global Sales and Marketing, said, “Any McLaren is a very special vehicle, but we are also seeing an increasing number of buyers expressing a desire to personalize their cars with additional features and options as well as colour and trim choices outside of the core specification offered. As well as making it possible for individual McLaren owners to have exactly the McLaren they want, McLaren Special Operations will continue to create limited-volume collections such as these six 570GT models in XP Green, to further extend customer choice.”