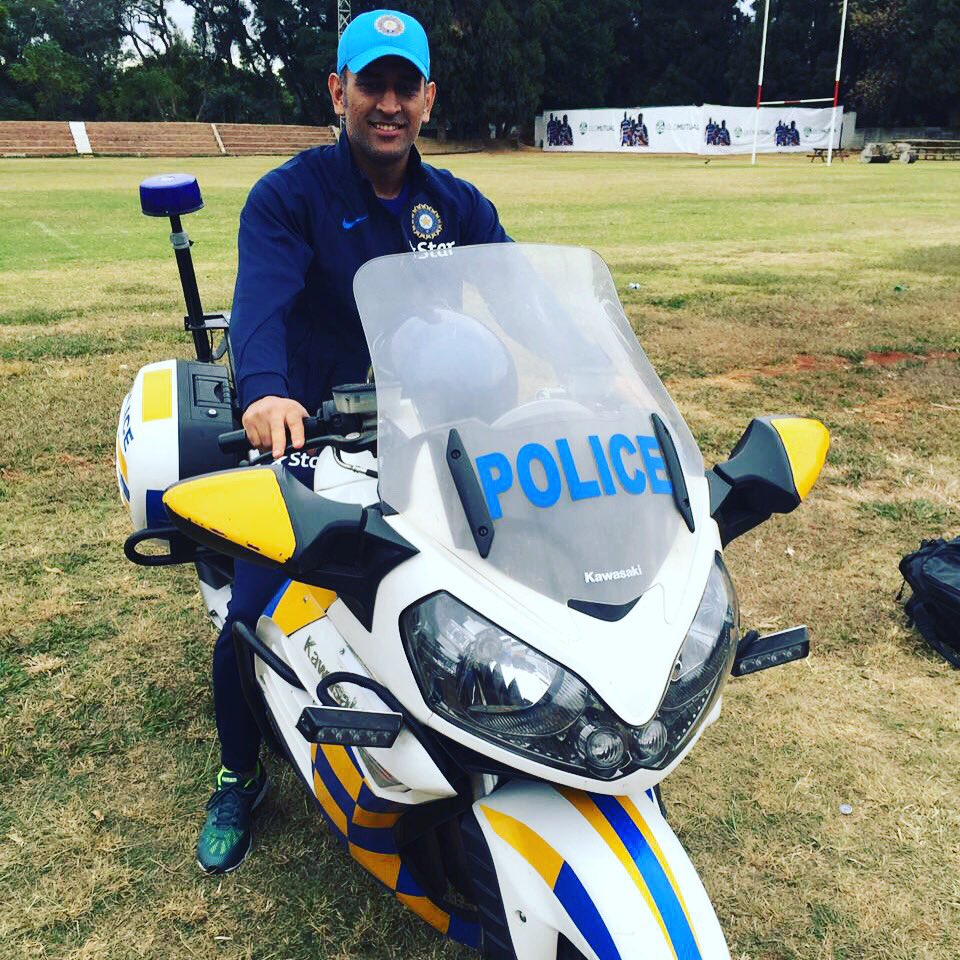 Even when he’s not taking a leisurely ride on his classic Yamaha RD 350 in his hometown Ranchi, or barrelling down the Buddh International Circuit on his manic Kawasaki Ninja H2, Mahendra Singh Dhoni is still the motorcycle freak as we know him. On Team India’s recent tour of Zimbabwe, the skipper got his hands on an interesting motorcycle – the 2015 Kawasaki Concours 14 ABS sports tourer in police livery, used as a patrolling vehicle in the African nation.

Zimbabwe has got a new cop. #TeamIndia captain @msdhoni about to ride a Kawasaki Contours 14 ABS pic.twitter.com/IZQIg2Cobf

We’re not quite sure if he rode the motorcycle or not, but images tweeted by the BCCI show the celebrity cricketer astride the police motorcycle and strike a pose with a beaming face; thus proving that his love for exotic two-wheeled machines run deep. As for the Kawasaki Concours 14, it blends the ZX-14R’s 1,352cc, inline four-cylinder engine with a chassis honed for extended sports touring. Power is harnessed via a 6-speed transmission and a shaft drive.

Other highlights of the sports tourer include an ABS system that links the front and rear brakes, an electrically adjusted windshield with a 3-position vent, and standard hard saddlebags that can be installed/removed/locked in a matter of seconds using an integrated mounting system. As for Captain Cool’s performance on the field with respect to the tour, Team India took a breezy 3-0 series win and, in the process, Mahendra Singh Dhoni equalled Allan Border’s record of most ODI wins as a captain.