The Mirror reported that during her first public appearance in months, Mrs Schumacher “laughed and joked” as she attended a horse riding event in Switzerland. 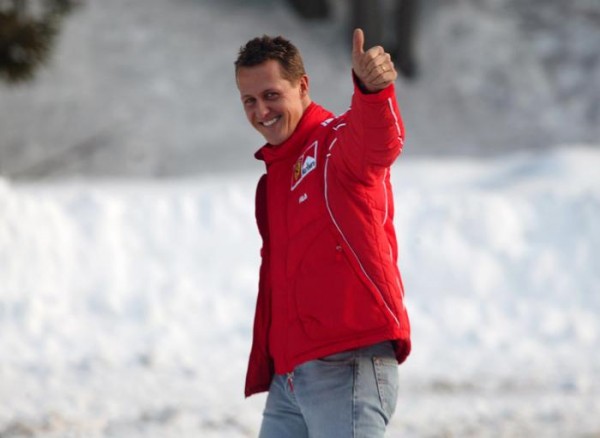 Michael Schumacher was discharged from the French hospital which was treating him for nearly six months after suffering a devastating ski accident in the French Alps on 29 December. The 45-year-old German legend hit his head on a rock while skiing off-piste. Schumacher underwent two operations after the accident to remove blood clots before being placed in a medically induced coma.

During his career Schumacher won seven championship titles in F1. He won two titles with Benetton in 1994 and 1995. Later, he joined Ferrari and won five consecutive championships from 2000 to 2004. The German race driver made a come back to the sport with Mercedes in 2010, securing only one podium before retiring for a second time at the end of 2012.

Stay tuned into Motoroids as we bring more updates about Michael Schumacher’s health as and when they arrive.