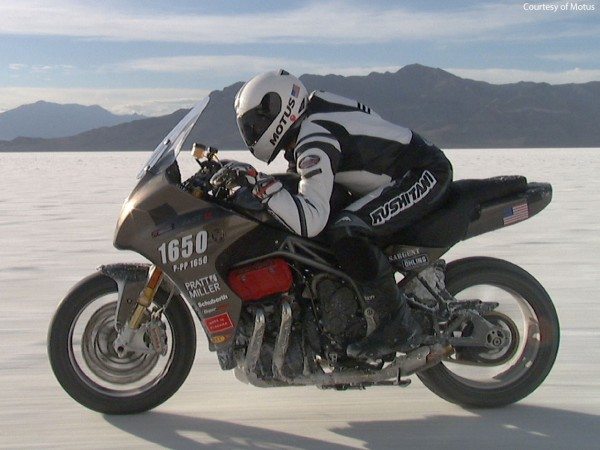 Don’t worry if you haven’t heard of Motus Factory Racing before; neither had we. That is all set to change though, as the Birmingham, Alabama, based upstart has just set the two fastest land speed records of any American production motorcycle at the AMA-sanctioned 2014 Bonneville Speed Trials with its Motus MSTR.

Piloted and fettled by founders Lee Conn and Brian Case, the Motus MSTR also now holds the record for the fastest production pushrod motorcycle in the world. Granted, that’s low-hanging fruit, but it is still a notable departure from the norm in a world awash with screaming inline fours and V-Twins. 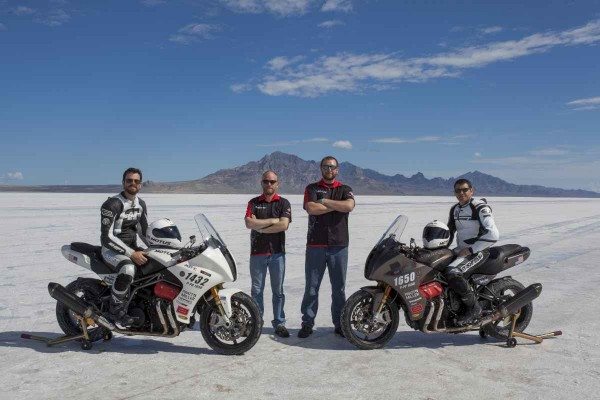 Competing in P-PP and P-PG classes, the Motus MSTRs were completely stock save for the turn signals, mirrors, and license plates that has been removed and the lights taped up. Reaching top speeds of 168.69 mph (271 kmph) and 163.98 mph (264 kmph) at the hands of Brian Case and Lee Conn respectively, the Motus MSTR effectively eclipsed the previous records set by two Harley-Davidsons back in 2010 and 2008.

Little detail is available online about the performance and construction of the Motus models, except for the fact that one, the MST, is powered by a liquid-cooled V-4 “Baby Block” engine producing 168PS, while the MSTR gets a 185PS motor. While the former is priced around $31,000, the MSTR will go on sale for roughly $37,000 in the USA.

Motus aims to produce between 250 and 300 bikes in the first year, roughly one motorcycle each working day to supply a network of 19 dealers across the nation.