A joy ride around the Santa Monica mountains turned into a disaster for Matthew Murray, 27, as he rode off the asphalt and crashed 250 feet off the road. The horrifying footage was caught on the GoPro camera attached to his Yamaha MT-10. Unfortunately, no one saw him go off the road and he was on his own to contact 911. After several failed attempts to find his phone, Murray had to drag himself on to the road and get help from other drivers on the road. He suffered multiple broken bones in the crash. 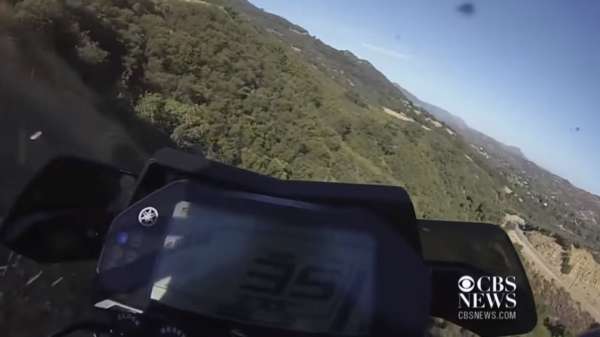 Murray claims that his steering of his litre-class motorcycle locked up which caused him to go off the road. With very little run-off area, he could not stop the motorcycle in time and was plunged off the cliff. Here’s the video footage from Murray’s GoPro camera via CBS News:

We wish Murray speedy recovery. Improve your riding skills with these five simple tips to ride motorcycles faster, safer and better. Do let us know your views about Murray’s crash through the comments section below.