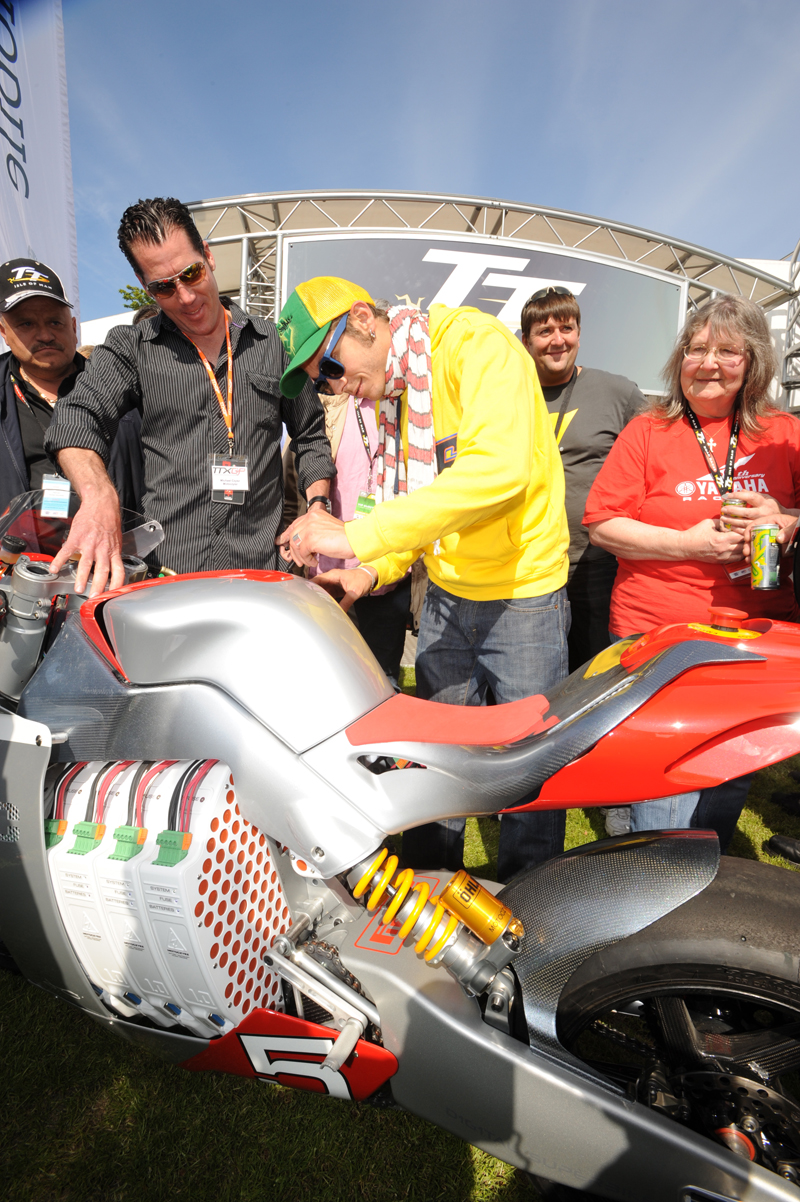 MotoCzysz, the motorcycle team founded by designer Michael Czysz, today confirmed that they would be returning to the Isle of Man in 2010 to participate in the ‘TT Zero’ Clean Emissions race which is part of the iconic TT races.

Their MotoCzysz E1pc electric motorcycle generated a huge amount of interest during the inaugural event in 2009 and was widely accepted as having a similar level of integration as a traditional race bike. The team, based in Portland, Oregon in the United States is famous for developing a true innovative clean sheet motorcycle, the C1 990 race bike.  They were scheduled to compete with their conventional race bike in the Moto GP championship until a change of regulation meant that the bike was no longer eligible.

The team’s 2010 electric machine is already believed to have received significant improvements on their 2009 bike and they have confirmed that they will debut the new MotoCzysz proprietary electric motor controller drive system, which is expected to be the highest torque/density electric motor in the
industry.  They are expected to be one of the leading contenders to claim the £10,000 prize that the Isle of Man Government has offered to the first team to record a 100mph average time for a lap of the 37 3/4 mile course by an electric motorcycle.

Michael Czysz, Founder and CEO, MotoCzysz, commented,“We are very excited to be returning to the Isle of Man to compete in the 2010 TT Zero.  The fact that electric motorcycle racing has been elevated to an official class within the TT shows the commitment of the Isle of Man Government in providing the low emission pioneers with a world stage to demonstrate their solutions.  This may end up being one of the purest prototype classes left in racing.”

The story of the team’s 2009 Isle of Man campaign is heavily featured in the documentary ‘Charge’,
shot by director Mark Neale, which will be on general release worldwide in cinemas in Summer 2010.