For that kind of money, you can bring home the US$ 1.4 million Ferrari LaFerrari and still have enough left for fuel to drive to the moon, and back, more than once. In case you already have a LaFerrari, and still have another couple of million lying around, check out the Harley-Davidson Bucherer Blue Edition. At US$ 1.8 million, it costs more than many supercars out there and while it may not take you around Laguna Seca or Circuit de Monaco in record time, it’ll make a perfect centerpiece for your mansion, or a castle, or wherever is it you call home. 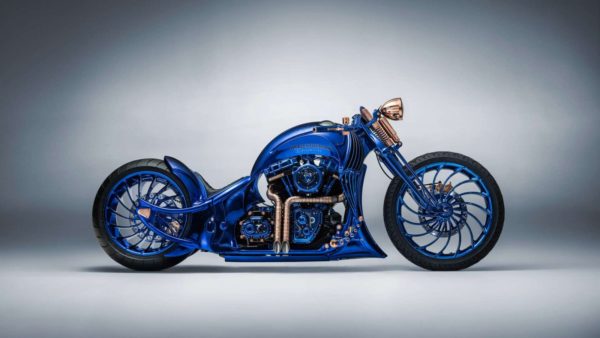 It took the watchmakers of Carl F. Bucherer, the jewellers of Bucherer Fine Jewellery and the specialists of Bündnerbike a year to design and produce the Harley-Davidson Blue Edition. Needless to say, this is the only example that is built so apart from the motorcycle, those US$ 1.8 million would also give you exclusive bragging rights. But what makes the motorcycle carry such a generous price tag? This video explains:

Firstly, this exotic motorcycle was jointly built by Swiss watch and jewellery maker, Bucherer and Swiss custom Harley-Davidson workshop, Bundnerbike. The motorcycle started its journey as a Harley-Davidson Softail Slim S before it was turned into the ultra-rare Bucherer Blue Edition. Every metal element found on this one-of-a-kind motorcycle has been produced, welded, beaten, ground and polished by hand. It gets a custom frame and rims, a clear cover in the carshaft housing, heat-resistant LED lights and a cowhide saddle which was sewn by hand in Switzerland. The iridescent colour was formed by silver-plating the entire motorcycle before six colour layers were then applied using a secret coating method. 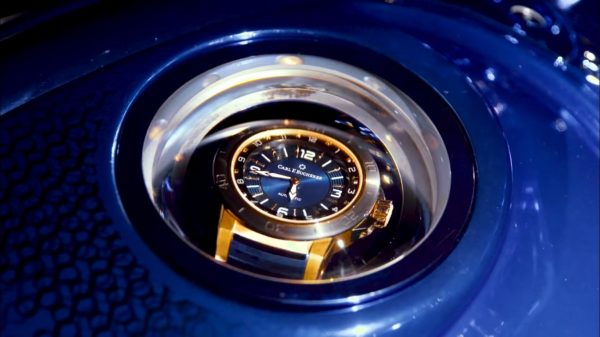 And that’s not even the expensive bit! Here’s what makes it worth US$ 1.8 million

The motorcycle gets as many as 360 diamonds, gold-plated screws, gold-plated throttle valves, two safes that are integrated into the tank and contain a one-of-a-kind watch from Carl F. Bucherer as well as rings from Bucherer Fine Jewellery. The Dizzler rotating ring from the Bucherer Fine Jewellery collection was adapted for the Harley-Davidson BLUE EDITION to allow it to be mounted on the hand grips. A further pair of Dizzler diamond rings can be found on the forks, while a large version of the Dizzler ring is located in the left half of the tank. 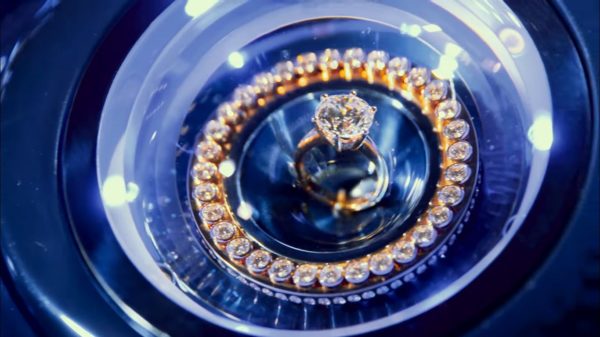 Underneath a glass dome made from armoured glass, placed in a retractable safe, is a six-prong Heaven solitaire ring with a 5.40-carat diamond. It’s neighbor is a custom-made watch from Carl F. Bucherer. To ensure that the vibrations of the engine do not damage the mechanical movement, the watch is housed in a cage with an elaborate holder made from silicon rings.

Check out more images of the Harley-Davidson Blue Edition through the image gallery below: