Thanks to the latest batches of spy shots, we finally have got a fair idea of what the upcoming India spec Maruti Wagon R Stingray would look like, both on the outside and the inside.

The latest batch of pics comes from the folks at ACI from the looks of it, the car could be real close to getting launched in our highly competitive car market. It is being said that MSIL would introduce the Wagon R Stingray to India on August 21 but we haven’t yet got the official word from the manufacturer. 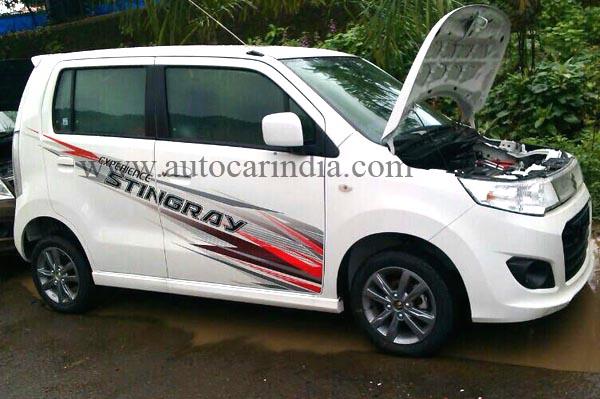 As can be seen in these images, the upcoming Maruti Wagon R Stingray boasts of a new front fascia that consists of a slimmer grille, stylish looking headlamps that consist of projector setups, a new front bumper that seems to have borrowed design cues from that of the Alto 800 and a revised bonnet. 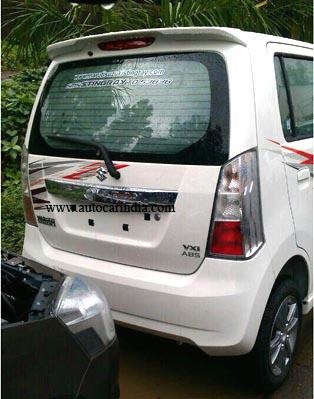 As we said earlier, the Maruti Wagon R Stingray would come equipped with projector headlamps and this would make the car the first in its segment to have a projector headlights setup. 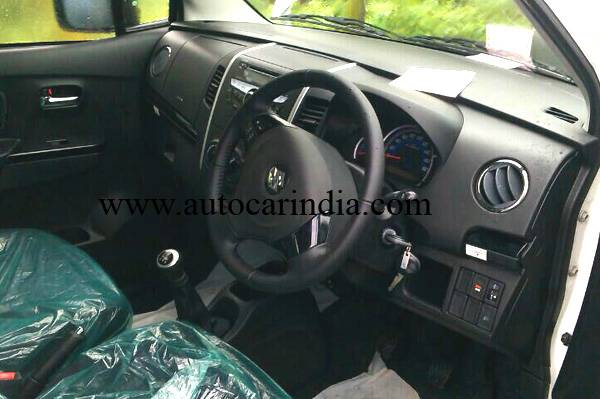 On the inside, the car comes with all-black interiors and steering mounted audio controls.

The Wagon R Stingray for India is expected to be propelled by the same 1.0-liter K Series 3 cylinder engine that powers the standard variants of the Wagon R. This motor has a max power of 68PS and a peak torque of 90Nm. We do expect the Stingray to come with better throttle response than the regular Wagon R.

The retail price of the upcoming Maruti Wagon R Stingray could command a premium of around INR 45,000-50,000 over that of the regular Wagon R.

A safe guess would be that the Stingray would be promoted as a ‘sporty’ variant of the Wagon R. We feel that the Stingray does look smarter than the Wagon R and this means that the upcoming variant could appeal to the youngsters, who have so far remained away from the car due to its boxy styling and uninspiring looks.