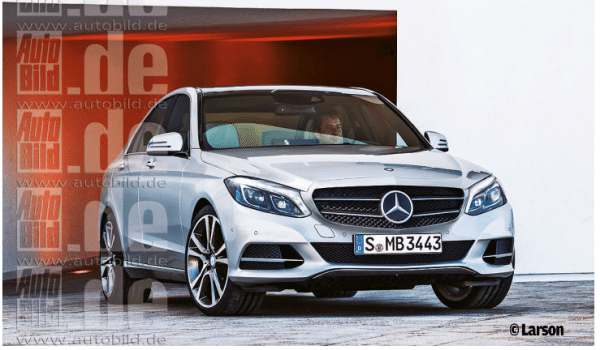 The next Mercedes-Benz C-Class will be larger than the current car and this means that the upcoming car would be considerably bigger than the new CLA Class, which is poised to become the new entry level sedan in Mercedes’ product portfolio.

Several speculations later, we finally seem to have some concrete details of the next C Class. It has emerged that the new C will be 70kgs lighter and will have considerably more rear legroom and boot space. The styling of the next C will be in line with the latest models from the Stuttgart based manufacturer and would take some design inspiration from the CLA. However, the car will look more matured and understated than the sporty looking CLA.

The entry level petrol variant, C180, will be powered by a 154 hp 1.6-liter turbocharged engine. The AMG variant is likely to be powered by a 4.0-liter V8 that will have a max power output of 455 hp. A plug in hybrid electric (PHEV) might also be on the cards.

The next generation 2015 Mercedes C Class W205 will go on sale in four body-styles- sedan, estate, coupe and cabriolet models.