America’s number one energy drink, Monster Energy, has launched its sugar-free, no-calorie product “Ultra” in India. So, to promote the launch of this new product, Monster Energy has collaborated with 6-times X Games gold medalist and stuntman, Jackson Strong. Jackson will be recreating the infamous TukTuk chase scene from the classic James Bond movie Octopussy, which was filmed in Udaipur in 1983, along with Babar khan, one of India’s best stunt artists, two Parkour artists from Chaos Factory and Aarushi Datta of MTV fame. The Monster Energy Ultra is now available across India, as it was launched this month. 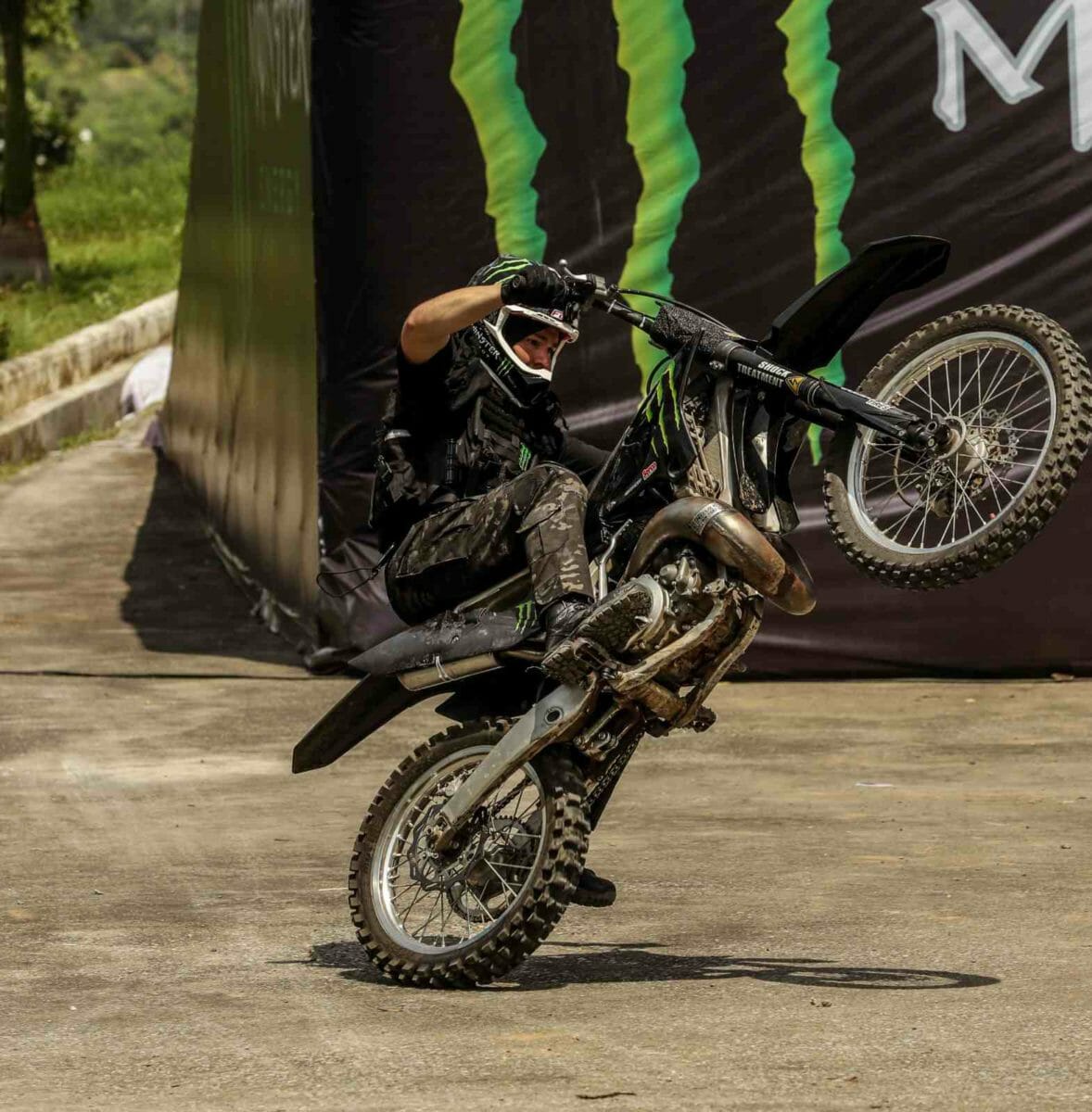 Apart from this collaboration, Yamaha had recently launched the 2019 Moto GP Editions of the YZF-R15 Version 3.0, the FZ 25 and the Cygnus Ray ZR with the Monster Energy livery. These new limited edition bikes and scooter will run the show for the brand’s vision to represent Yamaha’s racing spirit and passion into regular street-riding. The Yamaha YZR-M1 inspired branding can also be found appearing on the fairing, tank and the side panels outlining its R-DNA pedigree. The MotoGP edition also includes the Monster Energy Yamaha livery, which is a premium gold Yamaha Motor tuning fork logo, Yamaha racing’s speed block logo and the brand slogan logo. Additionally, Yamaha is also offering a complimentary ‘racing branded’ T-shirt with purchase of these specific two-wheelers from Yamaha’s 2019 Moto GP Limited Edition lineup, which also has the Monster Energy branding.

Upon arriving in India directly from his 6th gold medal win, Jackson comments: “I’m very excited to be here and to be part of this project with Monster Energy. I’m a huge fan of James Bond, especially for the stunts. It’s my honour to get a chance to recreate the immortalized Octopussy scene after 36 years.” Monster Energy India’s Country Manager, Muffadel Janjira also commented: “We are proud to announce the launch of our new sugar-free, no-calorie product “Ultra” in India.  We believe this, the citrus-flavoured beverage will continue to support the passions of India’s active and social youth.”