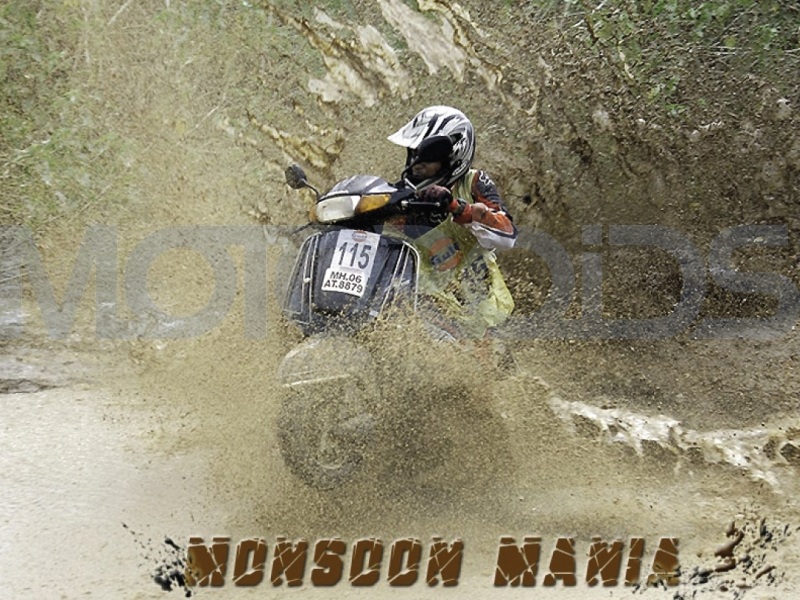 The 20th edition of the Gulf Monsoon Scooter Rally unfolded on 28th June 2009. As per its tradition, the annual event was flagged-off by Ravi Chawla, President, Lubricants, Gulf Oil Limited from Our Lady’s Home in Parel, Mumbai. This year there were 31 riders competing for top honours. After the flag-off, the competitors steered their scooters of choice towards Navi Mumbai to tackle the three sectors of the rally spread across the backroads of Kombadbhuje, Targhar, Waghilwa and Ohvale villages. A majority of rally amateurs might feel that competing in a scooter rally would be a piece of cake’ or easier than competing in motorcycle rallies. Paying a visit to the monsoon scooter rally stages would enlighten them about the real world difficulties of this event which are on par if not more than what a rider would face in a motorcycle rally. 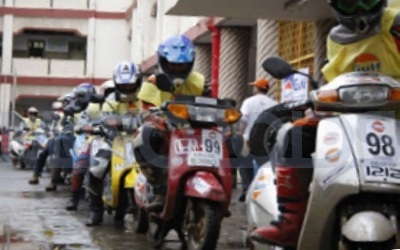 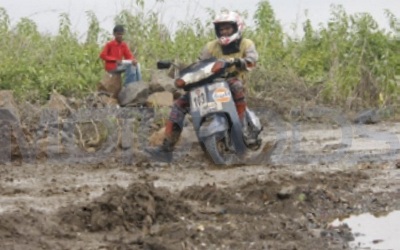 – Yes, drifting a Kinetic Honda becomes neccessary sometimes to get across a slushy stage quickly

What distinguishes this event from others is that the riders have to negotiate stages which are often slush filled and covered with upto a few feet deep water in each sector. The riders navigational difficulties get compounded as they are unable to spot any hidden rocks that underlay the water logged stages. The monsoon scooter rally is a one-of-a-kind-rally as it is a competitive event only for scooter rallyists with riders being barred from competing on motorcycles and is held immediately after the onset of monsoon. The rally since its first edition has been organized by Sportscraft and sponsored by Gulf Oil Corporation Limited. This year Lovepreet Singh bagged the Late Firdosh Vajifdar trophy being adjudged as the first timer delivering the best performance. Rustom Patel astride a Honda Activa finally broke his five year jinx by winning the coveted overall first position trophy. At the post rally award ceremony Rustom was visibly elated at having broken the jinx and dedicated his overall victory to his seven months old daughter. Ganesh Lokhande astride a Kinetic Marvel finished second overall with Snehal Chavan riding a Honda Activa occupied third slot. Kersi Patel at 75 years of age, was the oldest competitor at the rally who successfully crossed the finish line. Shrikant Karani, Chief and founder of Sportscraft announced that next year’s event will be bigger and better for it will no longer be a local event. He revealed next year there will be the participation of national level rally riders. He also said that the exclusivity of the event would be retained and the rally would be only for scooters and not motorcycles or anything else! 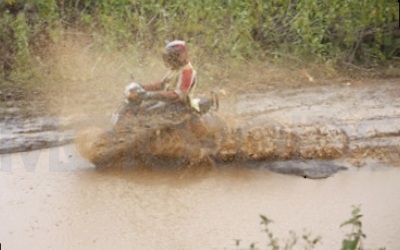 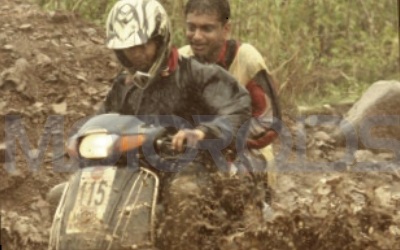 – E Shekaran gets ferried to the ambualnce after a nasty fall