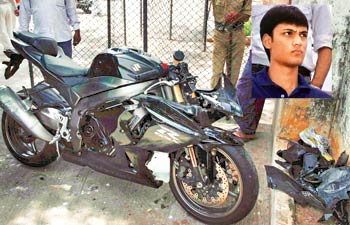 Mohammad Azharuddin’s son, Ayazuddin, who had a terrible accident while riding his GSX-R 1000 has lost the battle against his critical injuries. His cousin who was sitting pillion to him was declared dead on arrival.

Doctors have declared that Ayazuddin has died fighting a long struggling battle with his injuries. This news has left the entire nation shell shocked. Ayazuddin was a budding cricketer and had a gifted talent in the sport. He had played in the Under 13, Under 15 and Under 17 tournaments was touted to make it to the Indian Cricket team one day.