Before the all-new Santro arrived, the Hyundai Santro Xing was an immensely popular car In India. Its 1.1-litre motor, in particular, made the car pretty eager off the mark and a joy to drive within the city. However, it wasn’t so fast as a car that it needed accessories which enhance aerodynamic performance, say a badass rear wing. But hey, when you go custom, you got to follow rituals.

So this particular modified Santro Xing found itself quite an aggressive looking rear wing and then got it affixed at the wrong place. Not that it needed one, but if it did, instead of placing it on the roof, the wing has been attached in an area where the wind flow is at the lowest, even when the rest of the car is making a hole through a lot of it. Could serve as a nice tray table at appropriate places though. But we do like the rest of the car, what with the matte black roof and the bright orange paint making it appear pretty trendy. The thing also has a Power Wagon sticker with mesh inserts in the bumper, a Momo-ish steering wheel, and a custom pipe which makes it sound quite fruity. Besides those things, the engine is stock and the wheels are aftermarket units. 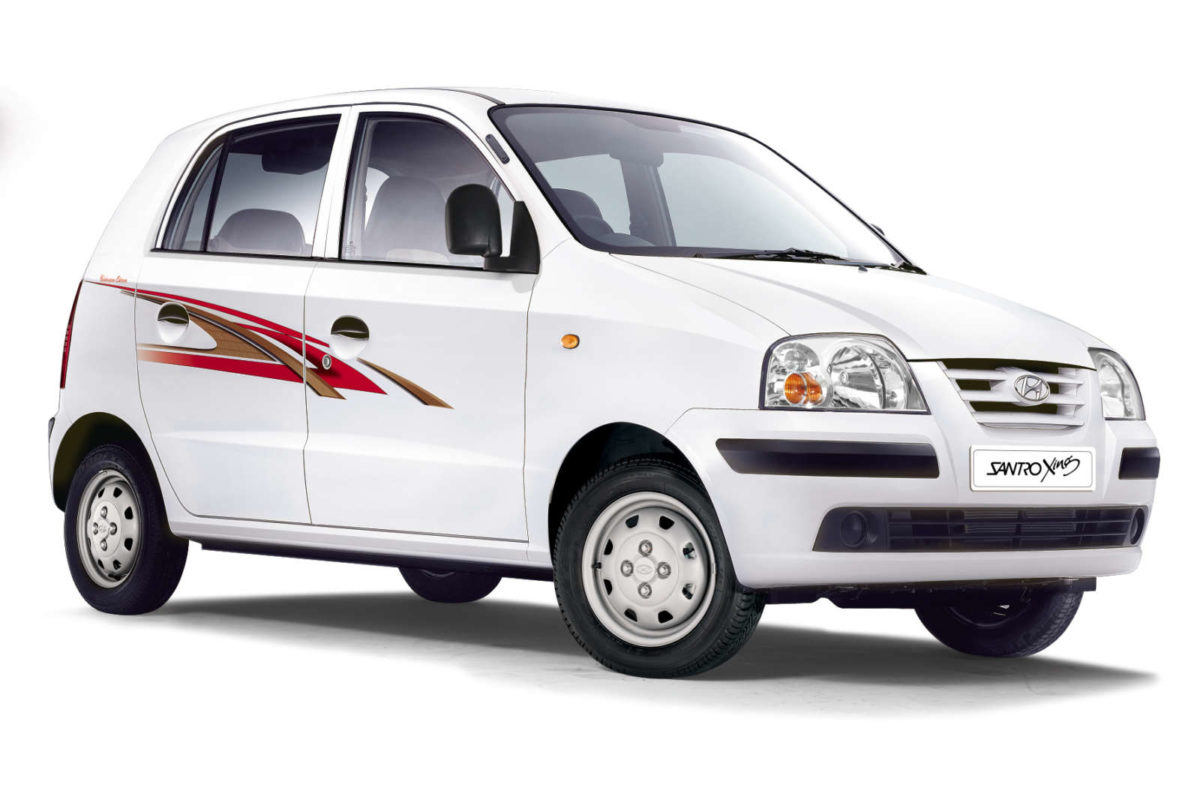 A trendsetter, the Hyundai Santro first went on sale in India with Shahrukh Khan as its brand ambassador. It was the first hatchback to introduce to tallboy concept in the Indian car space and was then joined by its rival, the WagonR. After disappearing in 2014, the Santro made a comeback in a new avatar in October last year. A 3rd generation model, the all-new Santro was launched with a brand new engine. It can now be had with a CNG kit and an AMT gearbox, fitted at the factory, and like all other Hyundai cars, the Santro set new benchmarks for features and cabin quality when it was introduced last year. Its rival, the WagonR had to improvise too, and the old battle is now fought between new avatars of both cars.