The Kawasaki Ninja H2 and the H2R (track only) are one of the most desirable motorcycles in the market. However, very few people could afford to bring one of these supercharged litre-class motorcycles into their garage. So someone in Vietnam decided to build something similar for himself. LEEAT Moto took upon the task to customize the Bajaj RS200 to look like the mighty Kawasaki supercharged motorcycle and it’s a pretty commendable attempt. 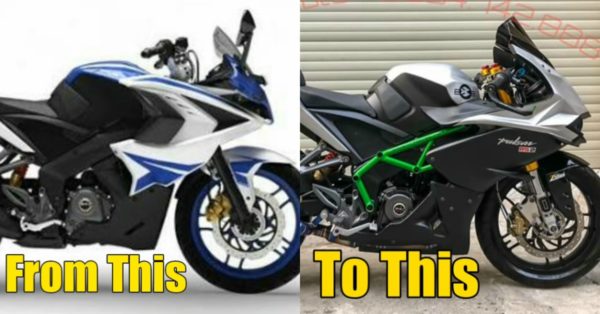 Upfront, the modified Bajaj Pulsar RS200 gets a custom made, Kawasaki Ninja H2R inspired fascia and a bigger windscreen. The fairing too has been inspired by the Ninja H2R. The custom bodywork, such as the trellis-frame inspired design, is aimed to replicate the supercharged motorcycle. The motorcycle uses a aftermarket clip-on handlebar that’s installed on an upside down telescopic suspension upfront. The standard motorcycle uses conventional telescopic front forks. 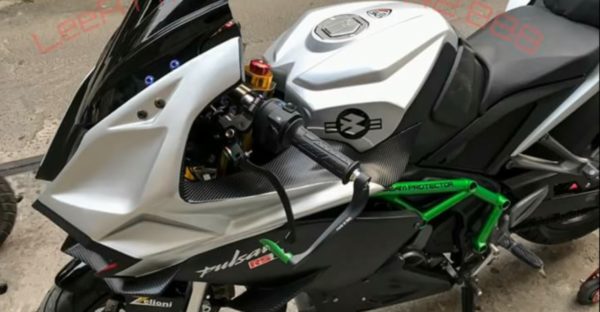 To make the motorcycle sound aggressive, LEEAT Moto has installed a Akrapovic exhaust which appears to an authentic unit. The rear features a minimal design with a custom numberplate, aftermarket tail light and blinkers.