Last month, Ford took the warps off the next-generation Fiesta hatchback in Germany. Now, ‘automotive manipulator’ Theophilus Chin has gone ahead and created a virtual representation of a how Fiesta based sedan could look like.

Now, the last generation of this imaginative iteration was sold in India for a brief while, and though it was a potent car, it didn’t really get the cash registers ringing. If Ford decides to add a boot to the latest Fiesta, it’ll take on the Honda Civic Sedan.

Ford has revealed four distinctive production variants of the next generation Fiesta: the Fiesta Titanium, the Ford Performance-inspired Fiesta ST-Line, the upscale Fiesta Vignale and the Fiesta Active crossover. These renders of the sedan are based on the Vignale variant. 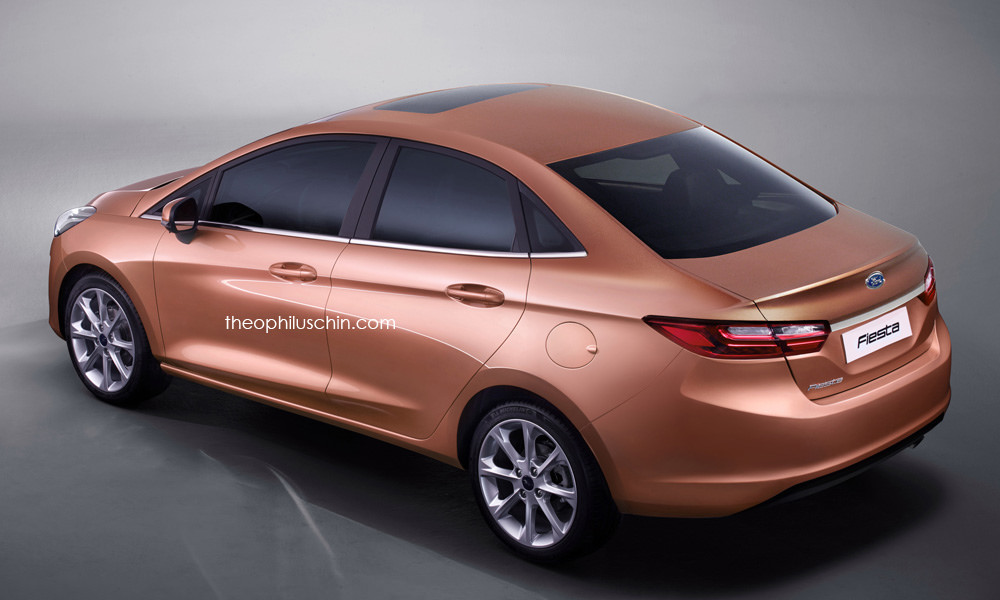 The renders extend the derriere of the hatchback, transforming it into an elegant boot with slim tail lamps and pleasant sculpting. The rear screen now gets more raked to accommodate the boot, and the overall proportions seem right on point.

Like inside the next-generation Ford Fiesta, the imaginary sedan’s refurbished interiors will also offer a floating high-definition touchscreen with Ford’s SYNC 3 communications and entertainment system, along with a premium B&O PLAY Sound System. 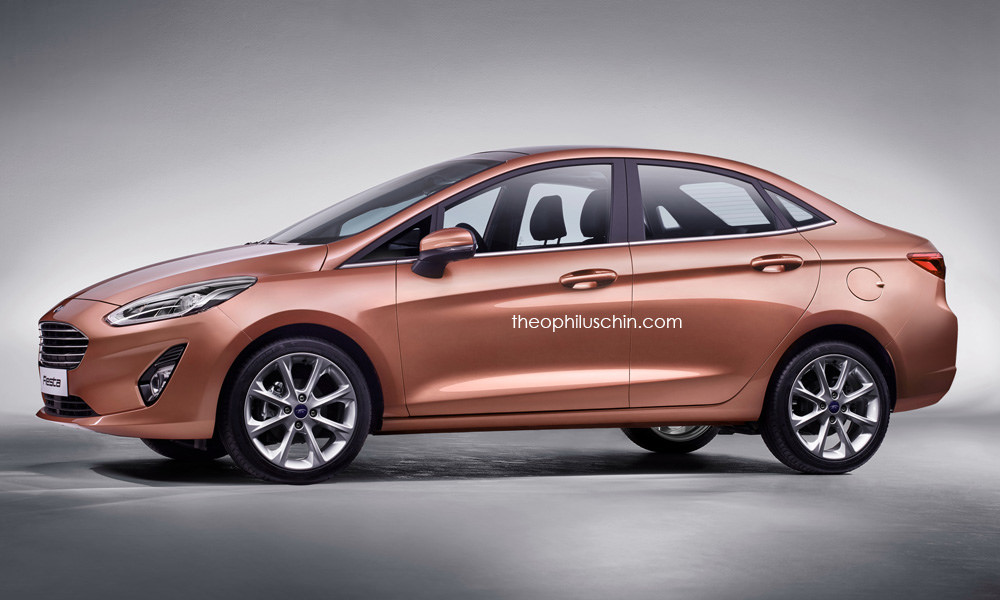 The expanded Fiesta range will offer more personalisation options to customers than ever before, while power will come from the multi-award-winning 1.0‑litre EcoBoost engine. It will be the first three-cylinder engine in the world to feature cylinder deactivation.