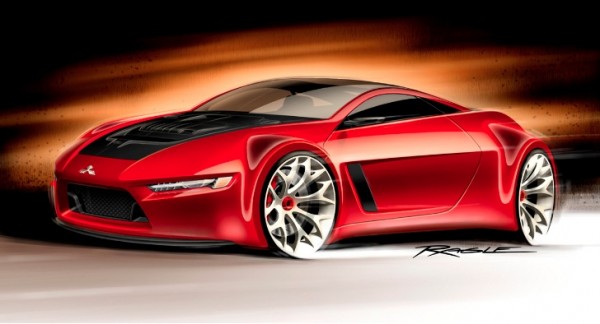 It is a well known fact that Mitsubishi is busy working on its future ‘lanevo’ (Lancer Evolution). The next Lancer Evo should be out in 2013 and the upcoming car is far from what you’d expect from a brand of cars that has so far been responsible instilling fear in minds of its rivals in the cross-country rally scene. The Lanevos have been renowned for their formidable gasoline motors and four-wheel drive systems. The current version, the Misubishi EVO X, fails to give even a subtle hint about what is in store for us in future. Cutting the long story short, it has emerged that the upcoming generation of EVO could be a hybrid!

Mitsubishi President Osamu Masuko has confirmed this but has so far refrained from revealing anything about other technical details.

However, Autocar claims that the eleventh-gen Evo will borrow technology from the MiEV Evolution II Pikes Peak race car. The Lancer Evo XI is also likely to borrow some bits from the Mitsubishi Concept-RA, which was first seen at the Detroit Auto Show in 2008. A point to be noted here is that the vehicle isn’t yet a certainty and its production may depend on the response Mitsubishi’s new plug-in hybrid PHEV technology would garner.

The speculated Mitsubishi Lancer Evo XI PHEV, in typical lanevo manner, would get a 2.0-liter gasoline engine.  However, the engine could come mated to two electric motors. These motors would be high on efficiency (150 mpg UK or 1.8 liters/100km or 125 mpg US).