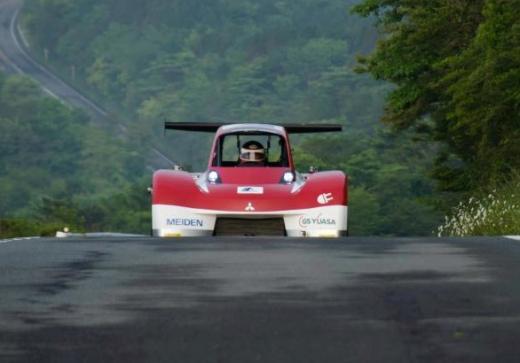 Mitsubishi has entered a race ready version of the i-MiEV in this year’s Pikes Peak International Hill Climb. The car was specially developed to compete in the electric car category and had a tube-frame chassis, sleek carbon fiber body and an all-wheel-drive system. However, Mitsubishi had an ill-fated start to the event with the i-MiEV Evolution crashing during second practice session. One of the many hairpins in the lower half of the circuit got the better of the i-MiEV and the car ended up in a ditch several feet off the road. The car was being piloted by Hiroshi Masuoka, Mitsubishi’s test driver and two-time Dakar Rally winner. Luckily, he escaped unhurt. It remains to be seen if the car will be able to compete in the race on Sunday.