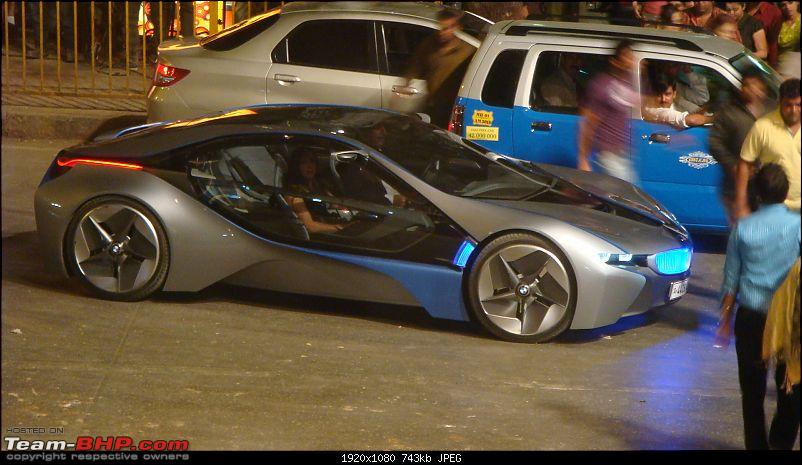 Hollywood is right here in Mumbai, shooting the 4th iteration of Tom Cruise starrer Mission Impossible. The production team of the movie was recently spotted in Mumbai shooting for the movie. The team was picturising a scene with the BMW Vision EfficientDynamics concept in action. The car had some modifications made to suit the requirements of the scene.

Apart from the fact that parts of the movie are being shot in an Indian city, another reason for us Indians to cheer about the movie is that Anil Kapoor is playing one of the lead roles in the action flick. The movie will mark the famous Bollywood actor as an established star in the Hollywood as well.

Apart from the Vision EfficientDynamics concept car, the scene also included a BMW 650ci and a BMW 5 series with bumpers removed to mount cameras. A scene also depicted a traffic jam scene, which, of course was doctored. Hollywood superstar Tom Cruise was not present at the shoot, with his body double carrying out the chores in his place. The team will be shooting in Bangalore after completing its Mumbai schedule. The new link in the MI series will be called Mission Impossible 4 – Ghost Protocol.