Iconic British car maker,MINI, has released a preview of the John Cooper Works Concept. The concept will be showcased in January at the 2014 North American International Auto Show (NAIAS) in Detroit. 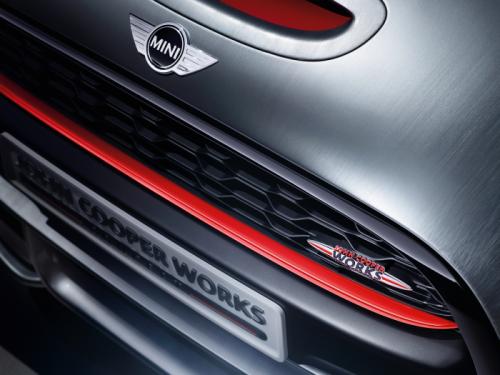 Recently last month, the car maker introduced the modern third-gen MINI. With the John Cooper Works variant, the company is heading towards adding more variants to the line-up. The meaner JCW will likely go into production sometime in 2014. The concept, which will debut next month, will retain most of its design cues with some minor changes, in the production version. 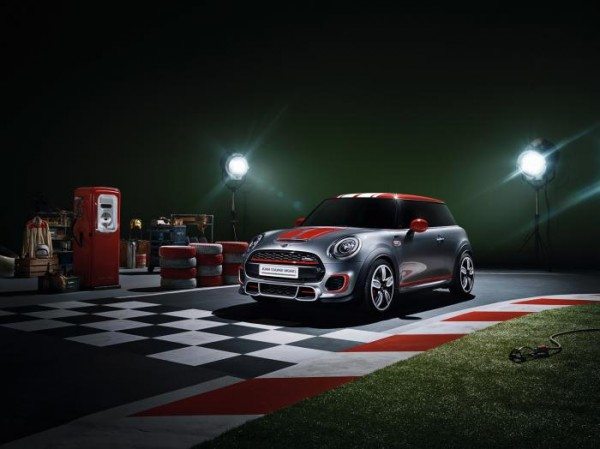 The concept sports a more aggressive body kit, which  has been painted in Bright Highways Grey with red accents. The concept is shod with  refreshed 18-inch alloy wheels. Fog lights have been replaced with beefy air intakes in the JCW concept. Also visible is a black surround of the front grille, contoured side skirts and a rear apron featuring flaps along with a diffuser. 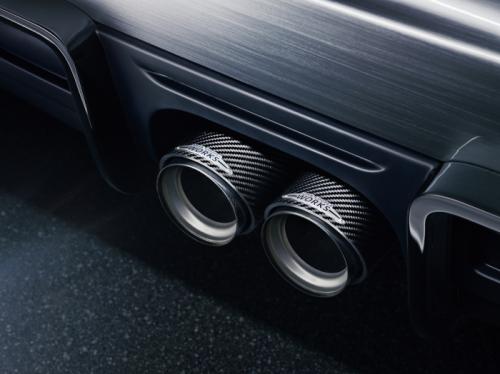 On the rear, the car features a roof spoiler and several body components, which channel more air around the C-pillars to improve the vehicle’s aerodynamic balance during high speeds. 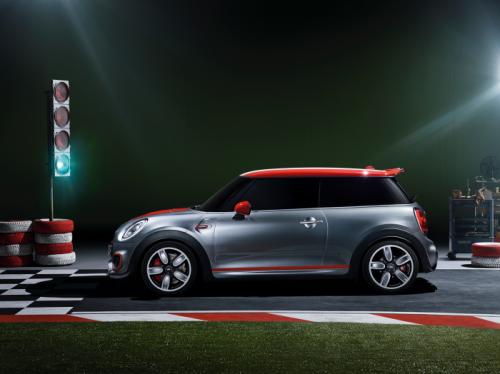 Speaking about the powertrain, the production version is expected to be plonked with the 2.0-liter 4-cylinder turbo petrol motor, which will develop around 220 BHP. 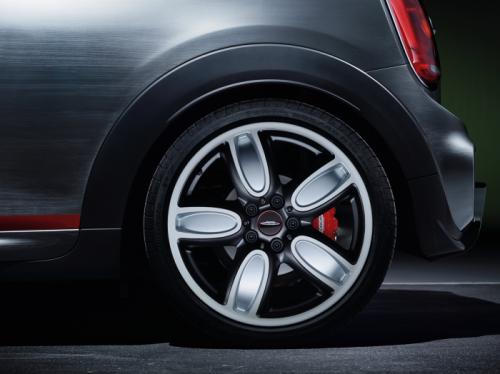 Stay tuned to Motoroids for more dope on the MINI John Cooper Works from the Detroit Motor Show.