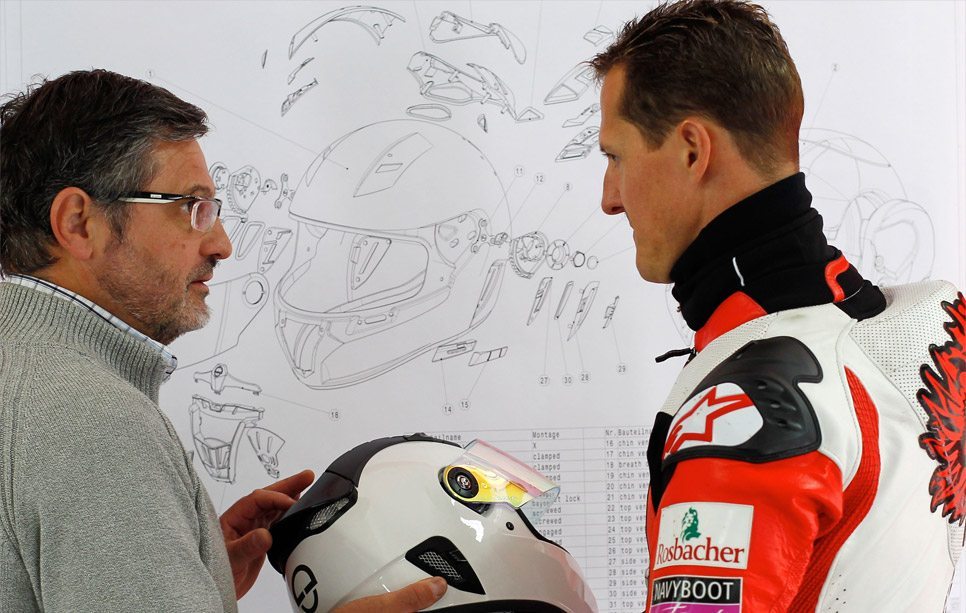 Post  his second retirement from Formula 1, Schumacher has been making news for his participation at motorcycling events. For a matter of record he had tested for Ducati in 2007 and even managed a podium finish a year later in a race held at Hungarian Pannonia-Ring track. This month he rode alongside 19 time IOM TT Champion John McGuinness at the charity event held at Paul Ricard Circuit in France.

Off-late he has put across his racing experience to aid German helmet manufacturer Schuberth to develop a motorcycle helmet on lines of an F1 crash helmet. After months of consultation with the seven-time F1 world champion, Schuberth finally unveiled their new model, the SR1. 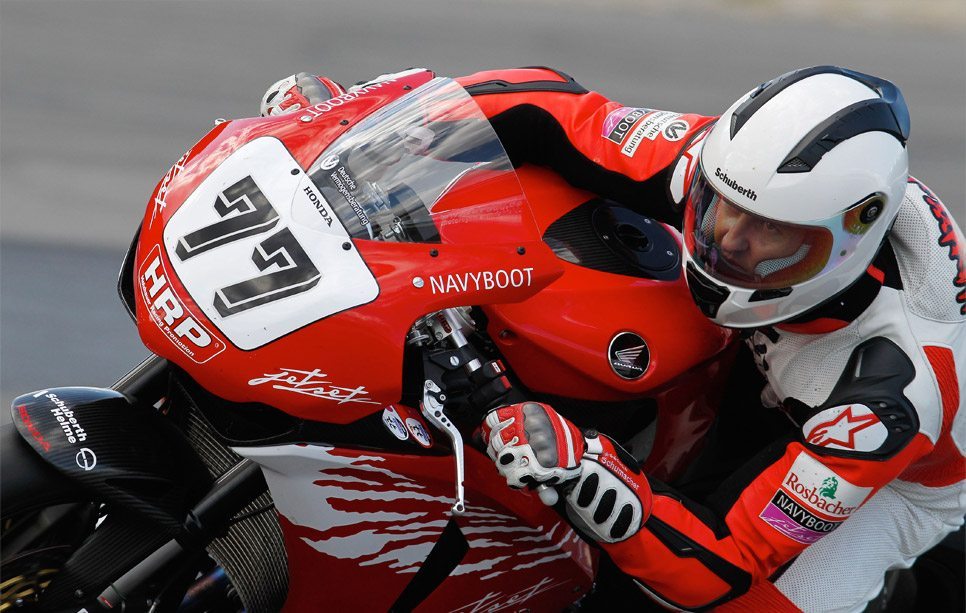 Constructed out of glass-fibre carbon, the helmet weighs only 900 grams. Amply tested in the wind tunnel, emphasis has been given on wind drag, reduced noise levels and comfort. Additionally they have implemented an Anti-Roll of System (A.R.O.S.) as a safety feature where the helmet cannot pivot off the head from behind. In case of hard impacts the risk of contact between the chin section of the helmet and the chin or neck of the rider is minimized due to the small angle of tilt and the helmet coming into contact with the chest as the result of an accident are reduced. 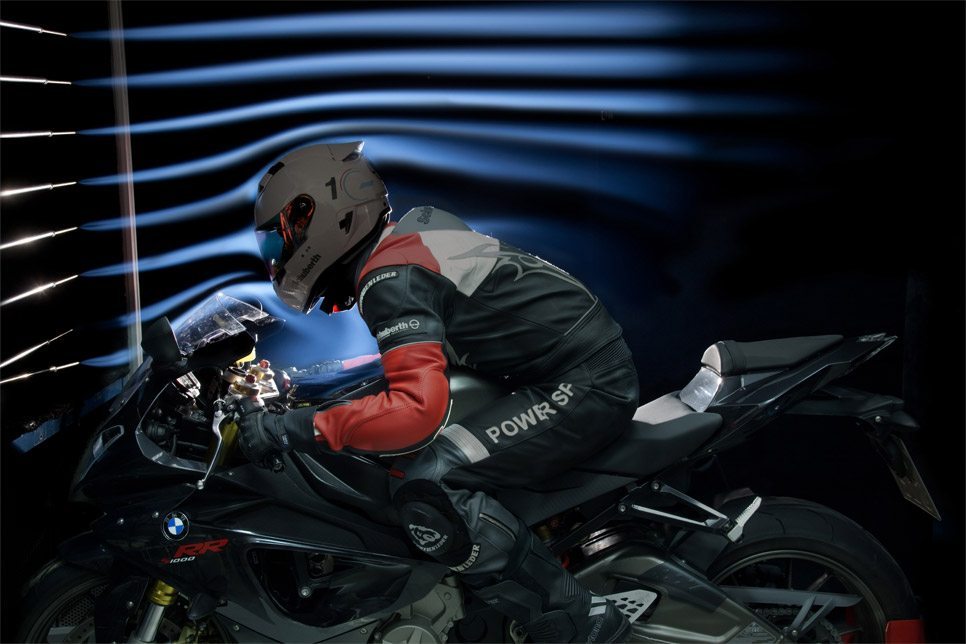 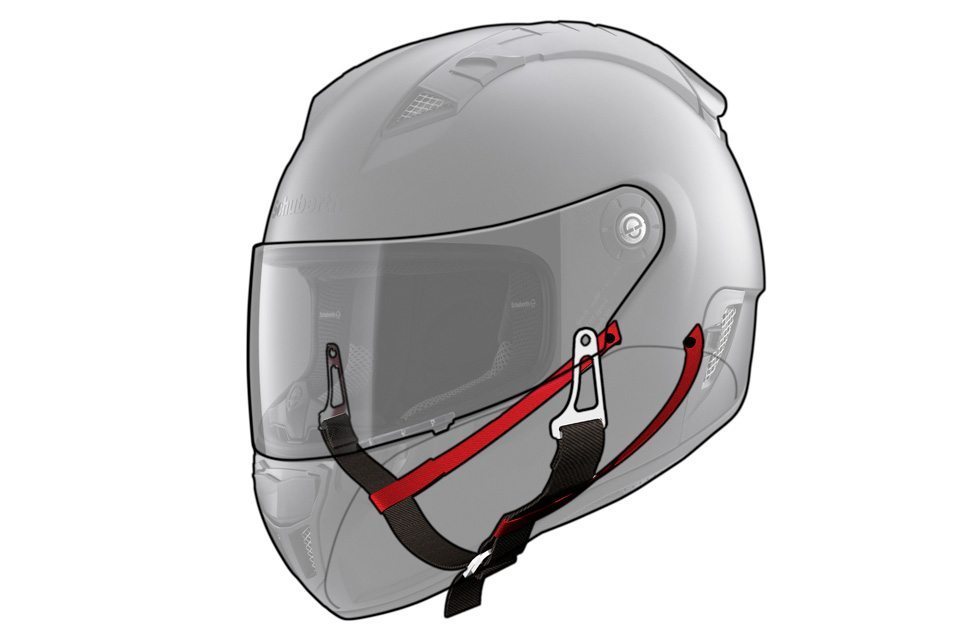 Its indeed a great sight to see helmet technologies come of age and advanced features are not merely restricted to the racing world. Few days back, 6D Helmets had showcased their innovative range and now the Schuberth SR1 motorcycle helmet only takes the safety quotient ahead.