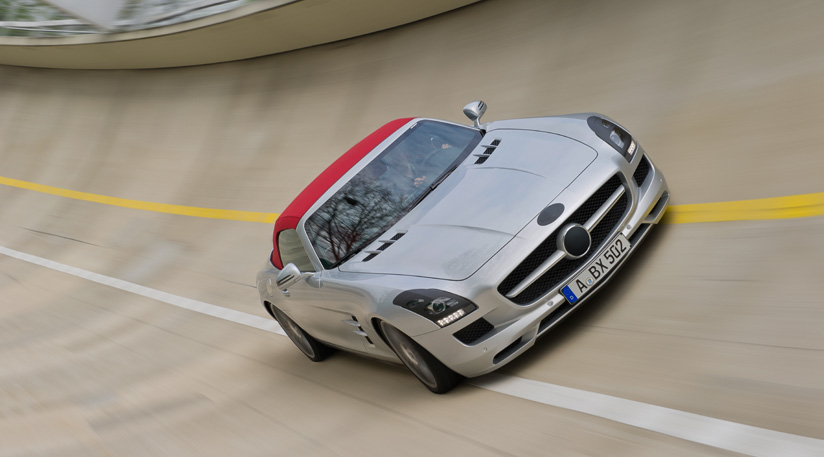 The big difference, apart from the fact that the convertible gets a soft top is that the car loses its gullwing doors for the more conventional hinged ones. The new car will be officially unveiled only at the 2011 Frankfurt Motor Show in September. Before this release, the SLS AMG roadster has also made a brief appearance at the Mercedes Superbowl ad.

Another interesting thing about the SLS AMG Roadster is that it’s the only model to have been developed independently by AMG. AMG has reinforced the chassis from various points to make up for the rigidity lost due to a softer roof. Even with all the extra reinforcements, the monocoque of the roadster version weighs only 2kg more than the hardtop.

The SLS AMG’s soft top takes 11 seconds to deployed or taken off, and can be operated at speeds up to 50km/h. To make sure that the soft roof is rugged enough, Mercedes has tested its operation 20,000 times, while having been operated 2500 while the car was in motion, in both extremely hot and cold conditions.